Heads up — Nexus 7’s up! We didn’t get enough Google yesterday with the Chromecast, so without even waiting for our spudgers to cool down, we eagerly dove into the deep, dark depths of their newest tablet.

Even though the new Nexus 7 opening procedure is identical to the previous model’s — and even though we were quite careful while opening it — the rear cover managed to crack in the lower-right corner. Although that was a not-so-fun start to the teardown, we managed to power through the non-proprietary screws and removable battery with no other snafus, and arrived at the fitting 7 out of 10 repairability score.

• But wait! There’s an inductive charging coil? Hats off to the great Nikola Tesla, forefather of wireless charging. Although inductive charging has been around for a while, this is the first time we’ve seen it in a tablet. We’re pleased with the trend, as it may help eliminate wires as a source of e-waste in the future. Now, if we could only make batteries infinitely rechargable…

• The NFC Module is layered on top of the inductive charging coil. We just call it like it is.

• Seals cover two of the screws in the Nexus 7 — one on each of the main boards — so replacing either board will likely void your warranty. Unlike food, we don’t like our electronics “sealed for our protection.”

• The battery is rated at 3.8 V, 15 Wh, and 3950 mAh. Despite the 4326 mAh battery of the original Nexus 7, this new generation boasts an extra hour of battery life. Devices with lower power consumption give more bang for the ecological-impact buck, so it’s definitely a nice trend.

• The daughterboard houses a single IC nested among the connectors. ELAN eKTH325BAWS, which we guess to be the capacitive touchpad controller from ELAN’s eKT line.

• If you see Bigfoot and need to take a picture with your new Nexus 7, you’ll be getting a 5 MP image. For selfies, you only get 1.2 MP. Both cameras are easily replaced once inside.

• The hardware powering this nifty trick of a tablet:

• The updated speakers come out next.

Taking out the battery 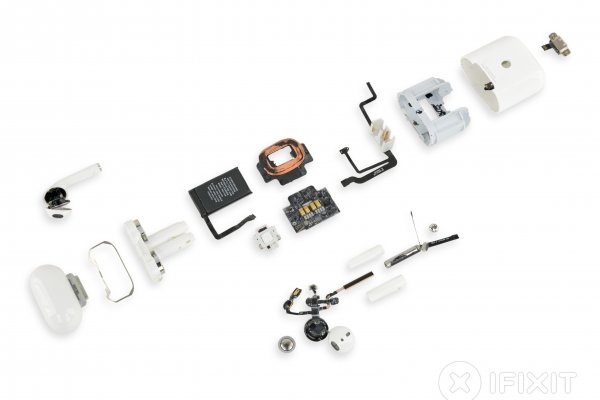