In the tech world, new game console generations are like Halley’s Comet: they don’t come around very often. When they do, you know it’s gonna be a big year. This fall—heck, this week—we’ve got a double celestial event, in the form of brand-new consoles from both Sony and Microsoft. We tore down the Xbox Series X earlier this week; today, we’re taking on the long-awaited PlayStation 5.

You might notice you are reading a blog post, not a traditional step-by-step teardown. Our full step-by-step analysis is coming next week! We also did a live teardown of the PS5 on release day, if you want to head inside at a much higher frame rate.

Today we’re taking it “easy” with some light disassembly, comparison, and, in all honesty, saving our energy for the iPhone 12 Mini and 12 Pro Max teardowns coming up shortly (fingers crossed). Let’s crack open some consoles.

The PlayStation 5 stands out from the crowd with some novel industrial design. That said, both console lines have changed: the Xbox mostly grew out, while the PS5 grew up, looming tall over both its predecessor and the competition. But all the exterior changes, stark as they are, pale in comparison to the interior changes, where the real excitement lies (though we may be biased).

The stands for these devices reveal a bit about Sony and Microsoft’s priorities. While both consoles can run either vertically or laying on one side, the PS5 stand is more thoughtfully sculpted. There’s a small cubby on the bottom to stash the stand’s screw and rotate it closed when resting the console in horizontal mode. The result is a handsome PS5 in any orientation— so long as you don’t lose the stand accessory. The Series X just kinda tips over, sticking its permanent foot out in the air. Then again, you can’t lose the foot, so your X won’t wobble.

Winner (and it’s not even close): PS5

The PS5 and Xbox approach cooling their high-performance silicon from opposite directions. Both fans are beefy (and therefore quiet) custom units, but the PS5 implements an “omnidirectional” cooling setup, with a thick 120 mm blower fan pulling cool air in from both sides and sending it out in every direction. By contrast, the Xbox uses a linear approach, making a 130 mm axial exhaust fan draw hot air in a straight line through the system and out the top. Which method is superior? Well, it’s hard to make a call until we check out the rest of the heat management system: the fins that these coolers are actually cooling.

So let’s pick a secondary metric: dust. More dust means less cooling. It’s our guess that the PS5 could develop a dust beard in tight spaces, such as the front edges of the heat sink fins. The Xbox will more likely disperse a layer of insulating fuzz over a wider area—the entire interior surface. But since the PS5 has a built-in port for dust maintenance, its dust density should be a trivial fix. (Sorry, Xbox.)

The PS5 sports an accessible storage expansion slot. Remove one white panel, one Phillips screw, and a metal shield, and you’re ready to expand. The PS5 will eventually accept Sony-approved m.2 drives—potentially allowing for varied price and capacity options—which seems ideal, given the relatively dismal built-in storage situation. On the opposing team, Xbox earns points for a completely tool-less storage expansion experience. Unfortunately, their bespoke expansion cards are expensive as heck, and currently only available in the 1 TB variety.

Both consoles’ optical drives are accessible, but replacing them is a different matter. In our testing, we found that Series X drive swaps are possible, but unnecessarily tricky. Long story short: the circuit board on the optical drive is paired to its original console’s main board, so a drive swap requires a transplant (think Touch ID) and some soldering. After iPhone madness this weekend, we’ll be checking the PS5 optical drive for similar pairing shenanigans. Another question we’ll be investigating: Does the PS5 Digital Edition have a socket for adding in an optical drive?

The PlayStation 5 and Xbox Series X designs are heavily influenced by heat management, so let’s talk thermals. Each console takes a different approach to keeping cool under stress. The Xbox motherboard is split in two and sandwiched around an aluminum block. Cooling the processor is a copper vapor chamber backed by a large heatsink, with the aforementioned 130 mm exhaust fan at the top of the box.

In the PlayStation 5, Sony went for a massive motherboard, making room for plenty of aluminum shielding and carefully-placed dabs of thermal putty. In a very cool Terminator-style move, the PS5 uses liquid metal to pass heat from CPU to heatsink. Liquid metal is way more efficient than ordinary thermal paste, but it’s also more dangerous to mess with—its electrical conductivity can short (and corrode) a board real quick if you aren’t careful.

Under their respective thermal interface materials, both consoles use custom AMD APUs, based on the chip maker’s Zen 2 architecture (and notably not the newer Zen 3 that launched last week). The graphics crunchers, however, are based on the “Big Navi” RDNA 2 architecture (which is a newer, just-released offering from AMD). The PS5 APU is around 23% smaller than its Xbox counterpart, but its GPU runs at a higher clock speed, hence the more intense thermal interface material.

Let’s zoom in to the storage portion of each board for another key difference. The PS5 has 825 GB of PCIe 4.0 storage, integrated (soldered) to the motherboard. These chips can transfer data at a blazing fast 5.5 GB/s. The Xbox Series X main storage is a custom Western Digital 1 TB m.2 NVMe SSD capable of 2.4 GB/s transfer speeds. The Series X drive is removable, but like the optical drive, replacing it is not as easy as it could be.

Since the PS5 has so much space to work with, effective cooling is just a matter of spreading all the heat out. More surface area means more heat dissipation, and the PS5 heatsink has surface area in spades. Add on a big blower fan with ample ventilation and some clever airflow redirection from the plastic housing and finstacks, and the heat is handled. The PS5 doesn’t use a vapor chamber, but Sony claims their combination of copper heatpipes and heatsinks is just as effective. The inclusion of liquid metal on the CPU helps close the gap as well.

The Series X’s more compact design demands a more thoughtful approach. Its cubic geometry limits cooling surface area, so it leans on moving more air instead. More thermal mass in the vapor chamber, heatsink, and aluminum frames enables absorption of more heat, which is then kindly shown the (vent) door by a low resistance airflow path and an axial fan.

The last piece of the console puzzle is the power supply. We’ll be diving deeper in our full teardown, but for now let’s compare wattage and a little design. The PS5 wins the wattage battle at 350W, with Xbox trailing not too far behind at 315W. Digital Foundry and others have tested power draw in both consoles and discovered they both only draw around 200W under full load. Why the overhead? Probably for efficiency reasons. Power supply efficiency depends on how loaded the unit is, with supplies reaching peak efficiency beginning ~50% of their rated load. The power draw from each console probably sits comfortably in its respective power supply’s peak efficiency band.

According to our friend and power brick guru Ken Shirriff, both power supplies are high quality with some similarities in design. But the Xbox power supply is more size-constrained, resorting to vertical-mounted circuit boards to pack in the necessary circuitry. The PS5 supply has no such restrictions, fitting everything on one sprawling (if oddly boot-shaped) board.

That’s it for this teardown showdown! As you might have guessed by this point, it was hard to pick winners for each section, and we do have our biases. Here are the final tallies:

Well fought, contenders! But the real winners are a) people who were able to snag either of these consoles on launch day and b) everyone, because these consoles bring a lot of value and innovation to the table for a pretty reasonable price! Now if you’ll excuse us, we’ve got some video games to play iPhones to tear down. Stay tuned for that content this weekend, and more PS5 shenanigans next week. 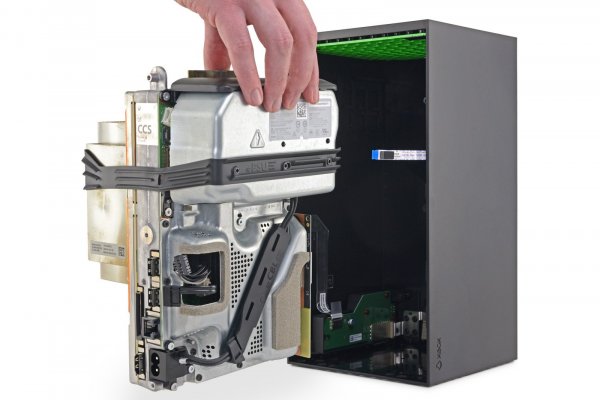 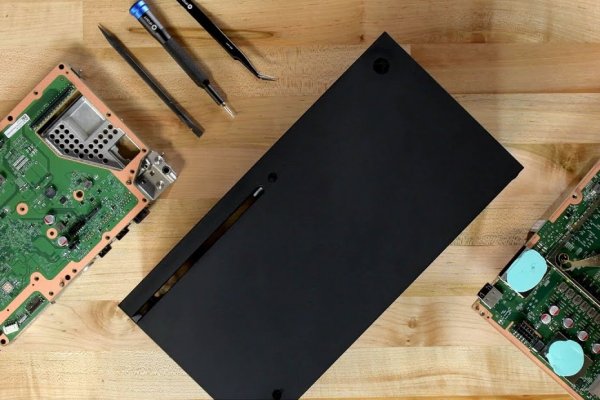 PS5 takes an extra 3 points for the SSD of death!

PS5 has USB ports are a higher specification, I think USB-C ports are specified up to 100W (20V 5A)

How much has Sony specified their for? Have they plans to use it to power future VR? We will see…

Re: size - the PS5 is not that much bigger in volume (the PS5DE is smaller than XSX in volume) and it looks like it is easier to fit when placed on its side.

Re: SSD of death - if you install games like CoD several times each day you might run into trouble in a few centuries, but you won’t do that will you? This SSD might outlive you… (and Sony might accept using the M.2 drive as boot drive in future…)

That’s wrong. If you install CoD 8 times a day, the SSD will reach it’s limit after 260 days.

This entire article is not only riddled with inaccuracies and bias, it is also pointless.