There were some interesting new things found during our Apple Watch Series 6 teardown, but also some stuff we were really glad not to find.

If you’ve ever removed an Apple Watch screen before, you know what a pain it was to work around the adhesive holding the Force Touch gasket to the frame. Now that Force Touch has been quietly abandoned going hard on the glass as an input gesture, it’s a bit easier to get inside a Watch and swap out a screen or battery. Those of us without the greatest doorway-to-wrist-distance awareness get a little break.

Meanwhile, there’s a new Taptic Engine inside, the much-hyped (if not exactly science-grade) blood oxygen sensors on the bottom, and a lot of other tweaks to the layout. You can see all of the whole ship-in-a-bottle work with our Series 6 wallpapers, especially the X-ray images provided by Creative Electron. We’ve also got 40mm and 44mm see-throughs, along with their darker versions.

To install one of these wallpapers on your Apple Watch, start by opening up this page on your iPhone. Tap on a wallpaper to view it at full resolution, then save the image to your photos. From there, follow our handy guide that takes you through the rest of the process. It’s a bit more involved than setting up a wallpaper on a smartphone, but it’s still pretty easy. 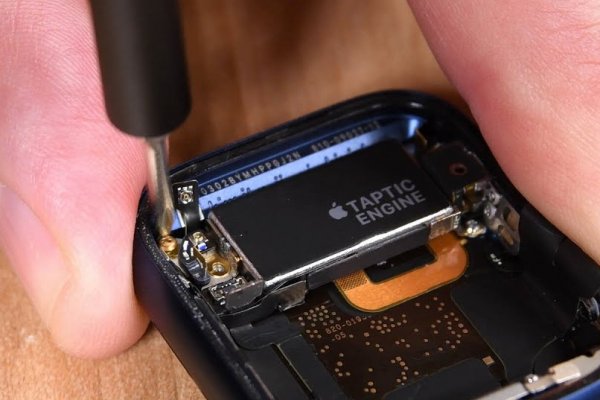