Pixel phones are an odd duck in the smartphone world. They’re not just one phone, but a series of devices, made by different manufacturers, at least until Google bought HTC’s phone design team. There are some common traits, but lots of individual quirks. Some are okay to fix, some make the most experienced techs cringe at the idea of prying open their ultra-delicate screens.

I asked our technical writers and teardown engineers, along with a number of professional phone repair techs, to tell me about the signature quirks of repairing Pixel phones. As with our previous inside-baseball post on fixing Samsung phones, this post is going to get into the nitty-gritty of fixing Pixel phones. It’s a wider scope than we usually can offer in our individual guides to replacing specific parts in each model.

Google: Did you ever try removing those early Pixel screens?

The OLED screens on the original Pixel, 2, and 3a, along with their XL versions, are fragile “like a potato chip,” wrote Emily Cottrell, lead depot repair technician at FixIT Mobile. Our repair guide team agrees. Technical Writer Arthur Shi described the flat, hard OLEDs on those earlier Pixels as “extremely fragile” (his bolding, not mine). If that screen snaps or cracks even just a little, the substrate is exposed to oxygen, and it dies. Another repair tech described Pixel 2 screens as “the most fragile thing on the planet.”

Cottrell also notes that it’s important to pry up the display connector on its short side, not the long side. “I constantly see techs hitting components off the board, even with semi-experienced techs,” Cottrell wrote. She’s not wrong. I busted a friend’s Pixel 2 by accidentally prying two backlight filters off the board while replacing a battery, which required removing a screen. There’s nothing inherently wrong with screen-first disassembly—iPhones have almost always worked that way—but it’s a huge pitfall if the screen and its surroundings are so fragile.

Another thing worth noting about Pixel screens: sometimes they won’t light up after you’ve put the phone back together and booted it back up. Since you’ve just been prying around inside your phone, this might make you panic, and assume something is broken. Instead of panicking, do a soft reset: hold down the power button for 30 seconds (or look up the soft reset procedure for your model, which might involve holding a volume key as well). Multiple techs, and our own guide team, suggested this quirk happens quite often.

The good news is that the Pixel 3, 4, and 4a have different construction, and different screens. You can remove a back panel to get at components, like the battery, without having to remove the screen. There are replacement screens available that are pre-built into front frames and are much easier to install. And the screens themselves are no longer quite so potato-chip-y. But that new construction leads to other issues.

Keeping it together (and keeping the squeeze)

While you can get in from the back, the adhesive on the 3/3XL ad 4/4XL back covers is super thick. And the glass on the 3/3XL is eager to break under the slightest pressure, especially if there’s already a small crack in it. Finally, once you’re inside, you’re confronted with …. a lot of parts. And a lot of different screws, layers of adhesive, and parts under parts, such that making a mistake when reassembling could cause headachers, or even damage.

Later Pixel design is “layered and not nearly as straight forward as Samsung’s,” wrote one repair tech. “They really test your ability to remember how everything goes back together.” There’s a lot of screw variation, and lots of small parts to keep track of. “Pixel 3 and 3XL (in-frame) repairs are the number two cause of depression among technicians,” wrote Justin Drake Carroll, CEO and founder of Richmond, Va.-area Fruit Fixed. “Second only to Face ID failed notifications.”

Most DIY types won’t have to worry about it, but repair pros, without provocation, universally decried the squeeze sensors (officially “Active Edge”) on Pixel phones, especially if you have to transplant them from one frame to another. Multiple techs suggested only buying screens with a frame and grip sensors installed for replacements. “I did a 3XL in-frame at someone’s home,” wrote one repair tech. “Done in an hour but I swear I thought my head was going to explode.” “Don’t fix a Pixel 3 XL in-frame screen unless you feel like suffering greatly that day,” wrote another. iFixit Technical Writer Carsten Frauenheim breaks it down more simply: “Grip sensors are close to impossible to remove without totally destroying them.”

It’s worth noting, then, that the Pixel 4a and 5 have dropped the Active Edge sensors.

The most common repair, a battery replacement, in the range of Pixels thus far is, according to iFixit’s guide authors, a “Mixed bag!”

As noted earlier, you have to replace the screen to replace the battery on the Pixel 1, 2, and 3a, and it’s hard to do without damaging the screen. On the 3XL and 4/4XL, the wireless charging coil is glued onto the battery, making it hard to remove and reuse. The 3XL has stretch-release adhesives under the battery, a repair-friendly move we usually love to see. But the edge of the battery container is so shallow, sharp, and tricky to work around, it’s very hard to pull the adhesive at the shallow angle it wants.

In a rare case of answered prayers, the Pixel 4a seemed to address this exact issue by including tiny cut-out windows in the midframe for pulling the stretch-release adhesive. Someone up there (in Google’s cloud?) is listening.

A big thanks to the repair pros, and my own coworkers, who shared their hard-won wisdom with me.

What did I miss? What’s a typical trait of Pixel devices you’ve found while repairing them? Comment below, tag us on social media (Twitter, Facebook, Instagram), or let me know directly: kevin at ifixit dot com. 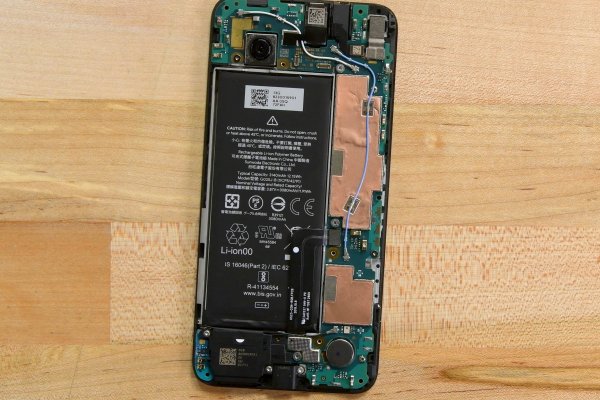 A Very Quiet Disassembly of the Pixel 4a 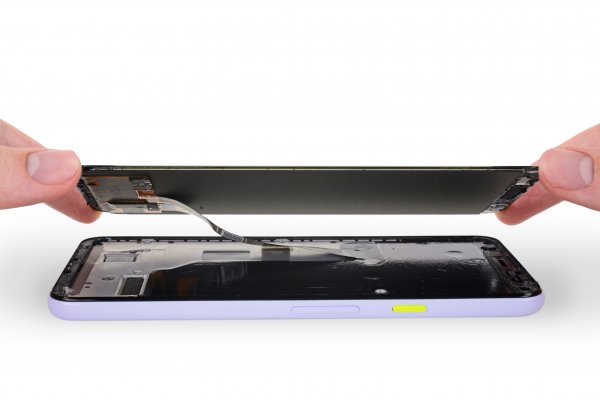 I just tried to remove the back cover of a Pixel 3XL to replace the back cover and it was almost off when shattered! It’s completely fragile, I’ve never seen a back cover like this, it looks like it’s designed to be irreplaceable. The rest of the phone is fine, the back looks like a jigsaw puzzle now.