We’ll say this for Samsung: they don’t hide their repair manuals. They don’t make them freely available, which would be best, but you can buy the manual for each device from an authorized supplier. On a USB stick. That they mail to you.

So when we saw our chance to buy Samsung’s official repair guide for the Galaxy Fold, the $2,000 kinda-tablet-sorta-phone that was rife with early failures and then released again with some fixes, we immediately tossed it in our cart. $12 and one week later, we had Samsung’s official manual in our hot little, uh, thumbs.

The Galaxy Fold manual is a 14 MB PDF rife with uncertain wording. It validates most of our concerns and the 2 out of 10 repairability score in our teardown, while also introducing two more big concerns. But it’s also full of neat stuff, like an extensive parts list, exploded diagrams, and board schematics.

Mere humans such as us rely on tools like the iOpener, suction cups, picks, and prying tools to get beneath the screens and back covers of devices. But those who plan to disassemble a lot of Samsung devices can buy a nearly $2,000 Automatic OCTA Disassembler (AOD). It’s essentially a two-sided precision heating plate, which can also mount specially shaped suction cups to fit around the cameras, sensors, and buttons.

So, set your AOD to heat between 60-70 Celsius (140 to 158 Fahrenheit) for 5 minutes, line up your suction squares, press the “OCTA button,” and your machine will automatically apply steady pressure to pull both of the Fold’s back panels off. That’s notably less than the 10-20 minutes we’ve seen recommended by Samsung in repair manuals for prior phones, such as the Galaxy S10.

It seems so precise and automated. But the rest of the manual looks a lot like an iFixit repair guide. You will:

What’s most interesting, or maybe depressing, about the Fold repair manual is the big thing missing from it: any suggestion that you could actually replace the Fold’s raison d’être, its big folding screen. There is no procedure mentioned for replacing the display. If you needed to fix a broken screen, you would seemingly have to transplant the internals of their Fold into a new assembly, containing the screen, chassis, and hinge system. Presumably Samsung is doing this for every person who requests a one-time $149 Fold screen replacement.

In addition, the manual makes clear, multiple times, that you can’t re-use either of the two batteries you remove to make most repairs, screen replacement included. With a new screen, chassis, hinge, and batteries needed to complete this “repair,” a Galaxy Fold “screen repair” comes close to a Ship of Theseus thought experiment. We heard from one Samsung-authorized repair technician that their shop declined to train on Fold repairs, both because customers are more likely to take up Samsung’s replacement offer, and because they don’t want to gamble on stocking expensive Fold parts.

And yet, we appreciate the detailed information available in this manual, for those who want to dig in. You can identify every single component on every board, check a number of extremely detailed troubleshooting flowcharts, and see what tools and tape Samsung uses for their repairs. It’s great stuff, and could be even more useful if made freely available. Think of all the thumb drives we could save! 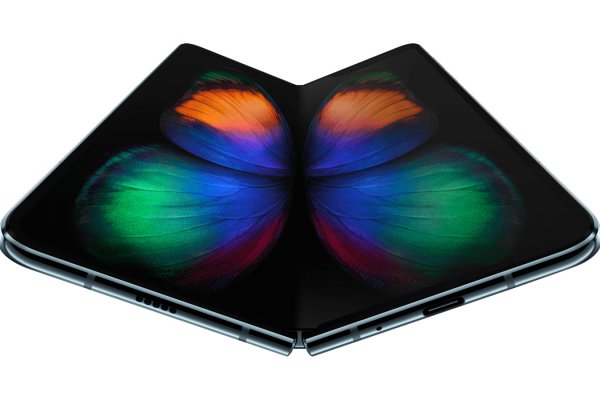 About Our Galaxy Fold Teardown 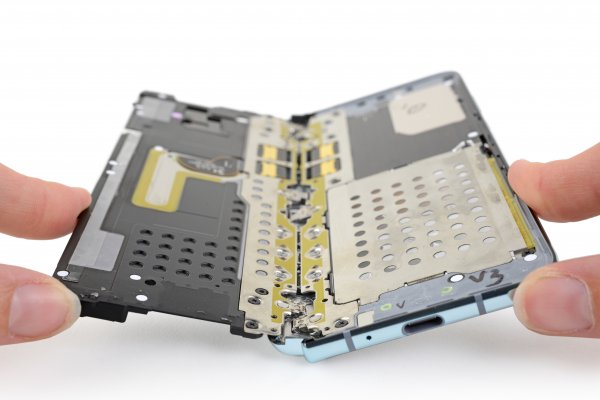 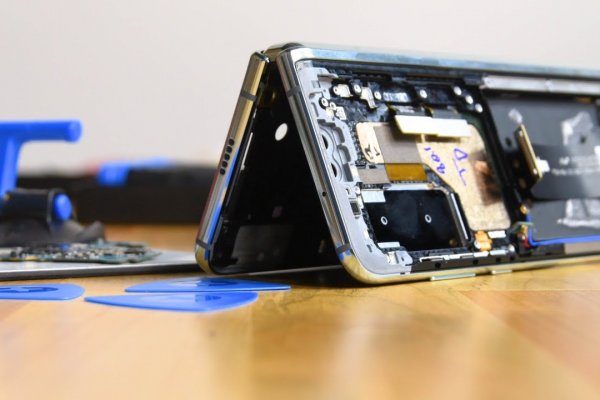 “Try to remember to remove the SIM tray before you wonder why you can’t get this one last piece out.” That hits close to home, as a uBreakiFix employee we fix many Samsung devices, and that darn SIM tray seems to get me every time.

Also whole assembly swaps is how ALL modern Samsung screen repairs are done, from the S7 Edge up.

Fun fact: The AOD is also great for Pixels and the iPhone X and above. It’s honestly a must-have for any repair shop with a decent volume of Samsung/Google devices.