As I jet around the world, Percival scurries alongside carrying my briefcase. Inside are my three phones, one for each country I own a mansion in: a Galaxy S10, an iPhone 8, and a Pixel 3 XL. One day, Percival catches that briefcase on the door of my Tesla Roadster as it swings majestically upward. All three of the phones now have broken screens. I tell Percival that he has to pay to replace my phones, snatch his personal phone, and speed off to my jet hangar.

Desperate to save his job and avoid bankrupting himself, Percival investigates replacing the phones’ screens, saving him money and many hours restoring data and logging back into my apps. Percival calls the local chain repair shop, as well as some repair site he finds. He finds that one of these things is not like the others:

Why the huge price jump for the Pixel and Galaxy? The iPhone 8 has an LCD screen, while the Pixel 3 XL and Galaxy S10 have AMOLED (sometimes shortened to OLED) screens, both made by Samsung. The Korean mega-company dominates the world of OLED displays, especially in mobile devices, and so it has a big hand in the pricing of repair parts, too.

So Percival is stuck, either praying that a non-chain repair shop has a part, paying a substantial sum for a new display, or trying out a very difficult repair himself. The reason he’s stuck is partly technological, but mostly a choice by market-leading Samsung to make repair far less attractive than a new phone. But there are signs that this locked-up market could change with time, and with the right push from repair advocates.

As we’ve learned taking apart devices like the S10 and Pixel 3 XL, OLED displays are complicated, delicate creatures. OLED displays contain an ultra-thin layer of organic matter, sheathed between charged plates, and any exposure to moisture, oxygen, or damage can kill them completely. That’s especially true for curved displays like the S10 or Pixel 3 XL, as Sam Lionheart, lead teardown engineer at iFixit told us in our recent look into the Galaxy Fold.

All this makes it hard to reuse or refurbish OLEDs, drying up that supply of replacement screens. Dustin Jones, CEO of LCD refurbisher Harvest Cellular (since acquired by LCD Buyer), wrote in a blog post just before the release of the iPhone X about the challenges. In addition to their fragile nature, Jones wrote, OLEDs suffer from long-term burn-in. Tougher still, trying to mimic the curved glass of flagship phones to make replacement glass is challenging and expensive to manufacture, Jones wrote:

… (L)ower refurbishing yields on OEM OLED parts will cause pricing for replacement parts to be much higher for longer periods or time. Consistent availability from one supplier to the next will also be more challenging. … DIY in-house refurbishing has been easier with past OLED Samsung models but the additional challenges associated with refurbishing curved screens are very likely to diminish this opportunity.

Without a marketplace of refurbished parts, only new parts can suffice, and only one company makes new OLEDs for most phones.

Even with years of experience and near-complete control of the market, it costs Samsung more to make an OLED panel for one of its own phones than it costs to replace the entire LCD display in another phone. Estimates by TechInsights put the cost of the display in the Galaxy S10+ at $86.50. But that’s less than half of what you, or Percival, will pay for one clumsy mistake.

Nobody Can Compete with Samsung’s Factories (Yet) 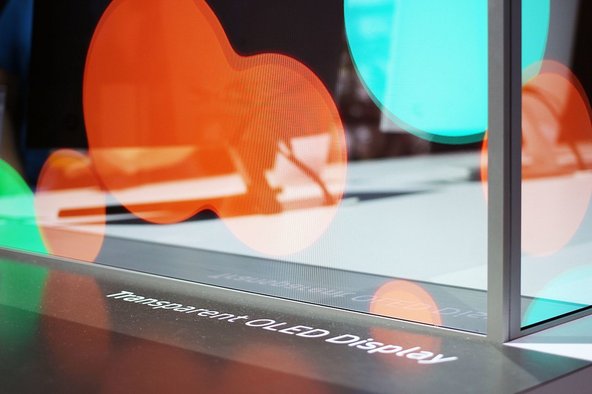 If Apple could buy OLED phone displays from anybody else, they probably would. But Samsung controls 95 percent of the smartphone OLED manufacturing market, so they can charge whatever they please. Analysts estimated at the launch of the iPhone X that Samsung charged Apple between $110 and $130 per OLED panel. That might have added up to $22 billion Apple paid to a company that was a leading opponent in Steve Job’s “thermonuclear war” against Android.

Samsung corners the market because they have an intimidating lead on investment and knowledge for these screens. Samsung’s newest flexible OLED factory cost more than $7 billion. The firm is holding off on, but still mulling, an even larger $15 billion plant. South Korean rival LG has tried to keep up—and is very competitive in the OLED TV market—but it couldn’t cut it even as a secondary supplier for Apple. And while they are improving rapidly, LG’s OLED phone displays have not been hits.

Competition is on the way. Japan Display Inc captured an Apple Watch OLED contract, and wants to put $900 million into its own OLED factory. Chinese companies, backed by their government, are looking to catch up quick. In the meantime, however, Samsung can still decide how much people should pay for one of its screens. 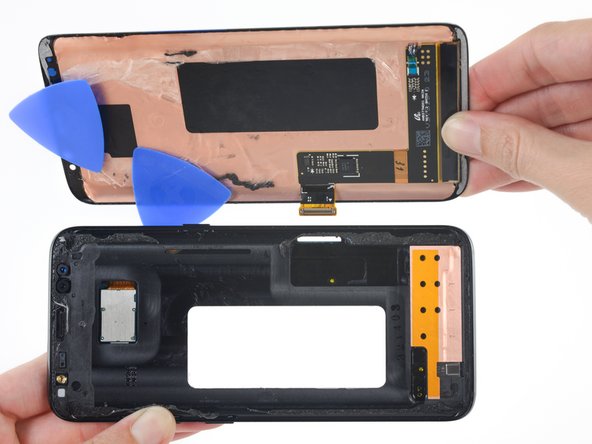 As Percival learned, a major repair chain charges $250 to repair a screen that costs Samsung at most $100 to make.

“A lot of people don’t want to pay $200 for a repaired phone, and a lot end up upgrading instead,” wrote Tracey Chancellor, a sales and service manager at Experimac in Midlothian, Va., via Twitter DM. “I think people are more inclined to fix an iPhone because it also holds its value much longer than Samsung [phones] do.” On used device market Swappa, an S8 released in mid-2017 for $750 now goes for about $200. A 2017 iPhone X, on the other hand, still nets more than $500 as of this writing, and even the LCD-screen iPhone 8 from that year goes for $300.

“They’re [also] more expensive because you have to work from the back in, unlike iPhones which (you can work) from the front,” Chancellor wrote. Read our guide to replacing the screen on a Galaxy S9, and you’ll see that Chancellor is understating the challenge. Even if you can locate a replacement display, you’re in for a whole lot of very delicate finger work.

Jones, of Harvest Cellular, noted in a phone conversation that for what small inventory of repair or officially refurbished parts Samsung makes available, most of that inventory will be snapped up by phone carriers and their repair partners. An independent repair shop or at-home fixer may not find the display prices reasonable, but a phone insurer or carrier protection program has a lot of revenue to make from a long-term customer.

With no viable aftermarket parts and few refurbished screens to compete with, alongside control of the pricing and supply, Samsung has few reasons to make replacements affordable for phones it and its shareholders want people to keep buying new. As a pretend rich person who appreciates leverage (and enjoys seeing Percival suffer), I’m impressed by how Samsung has escaped the most basic market forces and shaped the repair market for their products. But as an advocate for repairing devices instead of recycling them, I’m hoping to see something change. 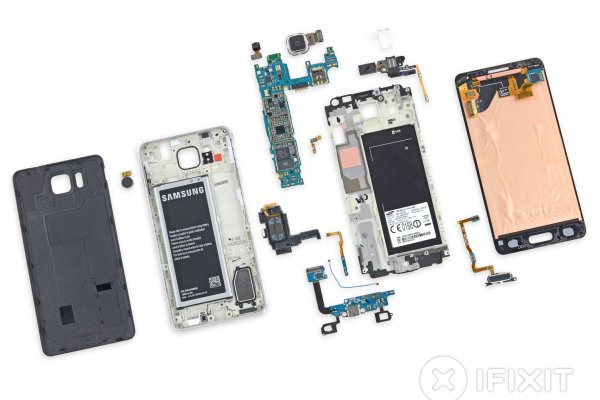 New Samsung iPhone Torn Down (For What) 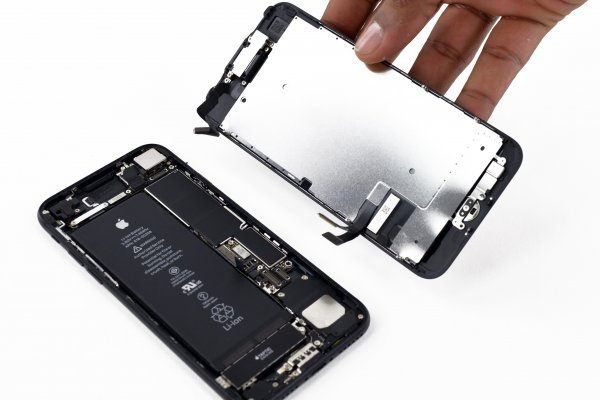 Broke Your iPhone 7? Here’s How to Fix It Yourself