Apple announced Thursday, four days short of Earth Day, that it is expanding its recycling programs by adding another phone-recycling robot, recovering more cobalt from phones, and building a research lab for electronics recycling. All of that is fine and good, but the robot is still a recycling PR move. Allowing the world to keep iPhones working, delaying recycling even further, would have a more meaningful impact. 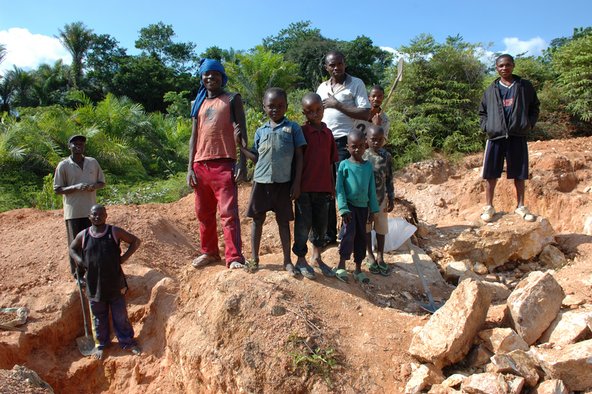 Let’s start with the broadly good news about cobalt reuse. Cobalt is a critical metal used in the electrodes of lithium-ion batteries. Demand for cobalt tripled between 2011 and 2016, according to Benchmark Mineral Intelligence, and is projected to quadruple by 2029. The 6.6 grams of cobalt in an iPhone 6 is roughly 5 percent of the phone’s weight, according to The One Device: The Secret History of the iPhone by Brian Merchant, and worth about 23 cents at the time of this writing. Combined with the other raw materials in the phone, that’s enough money to make it economically viable to attempt to recycle it.

60 percent of the world’s cobalt comes from the Democratic Republic of Congo, and a lot of it—up to 40 percent—is mined by hand, sometimes by children, in cramped, dangerous holes. An investigation by the Washington Post found that such “artisanal” cobalt is often washed in the same water used for fishing and irrigation, leading to extremely unhealthy metal concentrations in residents. While Apple and other battery-buying companies have pledged to audit their supply chains for cobalt and other problematic metals, it’s extremely difficult to do so in environments with guarded depots, bribery, and byzantine international markets.

So any recycling of cobalt, instead of more mining, is worth some praise. And because it’s so valuable, recyclers go out of their way to recover it. What Apple announced today isn’t an innovative recycling process—it’s a method of tracking to make sure that cobalt from the batteries they recycle makes it back into their own products. It’s paperwork, but it’s important paperwork.

Apple’s press release states that the company has created “a true closed loop” for cobalt. As iFixit’s CEO Kyle Wiens told Reuters, “Cobalt is mined in horrific conditions … Reducing cobalt consumption is a good thing across the board.” For this closed loop to be credible, though, it should be backed up by a third party audit by a credible firm like UL Environment. It’s very possible they did that, and we encourage Apple to release the results of these audits. 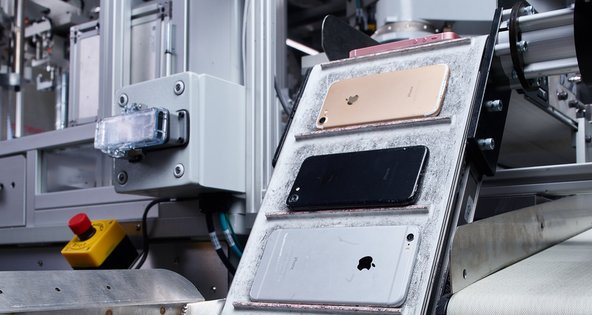 Now for the showiest portion of the announcement: Apple’s expansion of its press-friendly, proprietary recycling robot, Daisy. Given Apple’s own numbers, Daisy cannot possibly keep up with the scale of their manufacturing output, especially with newer Apple devices’ increasingly shortened lifespan and repair problems. Apple states that each Daisy machine (there are seemingly two of them) can disassemble 15 different iPhone models at a rate of 200 per hour, hypothetically 1.2 million a year. But theoretical throughput is a silly way to describe the process. In recycling, all that matters are real-world results. If you drive your car sixteen hours a day, you could hypothetically go 350,000 miles a year. That doesn’t mean you will—or that you have that many places to go.

How many phones has Daisy recycled? Apple hasn’t told us, only how many devices they have received: 1 million in the last year. Even if Daisy was bullet-proof enough to operate at that sustained rate of 200 phones per hour, though, supply is going to be a problem: Apple doesn’t get that many iPhones back.

Why? People aren’t giving Apple back their phones, because old iPhones are worth dramatically more on the used market than the material cost or Apple’s trade-in value. On Swappa, the 4-plus-year-old iPhone 6 still sells for $100, while Apple will give you a $90 gift card. Even the iPhone 4 nets $40, while Apple offers nothing. You’d be crazy to destroy a perfectly functional $100 product to recover $0.23 worth of cobalt. The recyclers we regularly speak with rarely see newer-model iPhones, and when they do, they repair and resell them. They certainly don’t grind them up for raw materials. Even non-functional phones are parted out and sold to people like us, who are in desperate need of original iPhone service parts.

Putting aside the supply logistics, the idea behind Daisy is compelling: with perfect knowledge of how a device is put together, you can build a machine that reverses the process and separates all the raw components. It’s easy to see why Apple, who excels at mass manufacturing, was drawn to a centralized approach. Just run the Foxconn assembly line in reverse, and use robots!

But, as with so many amazing ideas dreamed up in laboratories, the concept falls short in the real world. While manufacturing is centralized, recycling is not. At end of life, iPhones are more likely to end up at one of the many thousands of recycling facilities around the world than at one of Apple’s 500 stores. Recyclers handle a dizzying variety of products, from smartphones to CRT televisions to plastic Rock Band guitars. Without government or manufacturer subsidies, using a different specialized machine to recycle each model of product is economically impossible.

I asked Kelley Keogh, co-founder of Greeneye Partners, an electronics recycling auditing firm, what she thought of the project. “Without knowing/seeing their AI capabilities and robotics it’d be hard to judge.” But Koegh defended human disassembly: “I have seen very sophisticated facilities do this manually and quite well.”

Daisy’s fatal flaw is its model specificity. Recycling is a challenging business with slim margins. Recyclers need processes that can handle a broad array of tens of thousands of products. An expensive machine that can only disassemble 15 products just doesn’t make economic sense today. 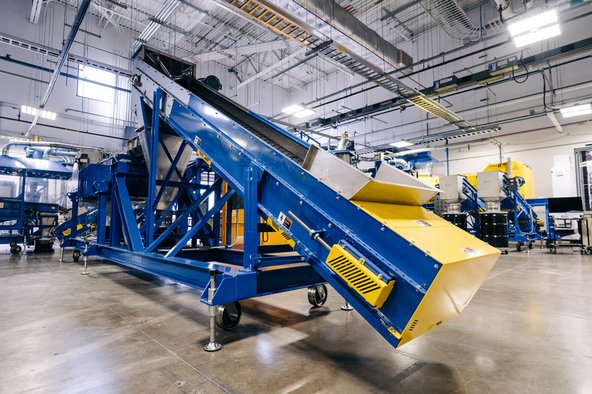 After the robot and cobalt news, Apple also announced that they launched a Material Recovery Lab. The 9,000-square-foot facility in Austin, Tex., “will look for innovative solutions involving robotics and machine learning to improve on traditional methods” of recycling. The lab, Apple says, will combine academics and Apple engineers to “propose solutions to today’s industry recycling challenges.”

Robots like Daisy are a radical approach to recycling that does not integrate well with traditional recycling systems. If Apple is going to provide their technical expertise to suggest incremental improvements existing recycling operations, that would be welcome news. Real-world recyclers need cost-effective technologies that they can integrate into their existing facilities.

It’s clear from the size and exceptionally clean sorting machinery Apple is showing off that their space is a lab, not an active sorting facility. If Apple shares their recycling finds with the wider industry, as the release claims they might, that’s a good thing. For this to be effective, this knowledge should be made publicly available for peer review by academics and adoption by recyclers around the world, in contrast with the secretive approach they have taken with Daisy so far.

But while improvements are welcome, the recycling industry has not been idly waiting for input. “I think often [manufacturing engineers] look at the materials recovery space and feel it has lacked effective R&D investment,” wrote Craig Boswell, president and co-founder of asset management firm HOBI International, in an email to iFixit. “This is far from the truth. There has been a tremendous amount of research on material shredding, separation, and cleaning techniques over the past 50 years. There have been a lot of advancements but some of the remaining issues represent tremendous technical challenges. I wish them the best.” 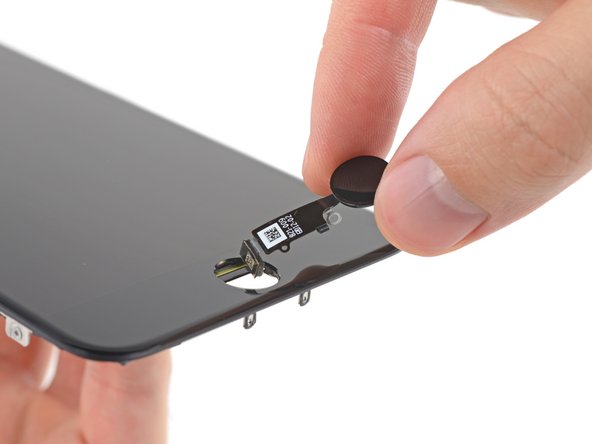 Apple also touts refurbishing 7.8 million Apple devices in 2018, or about 3.6 percent of the 217.7 million iPhones sold that year. That’s great—reducing and reusing is better than recycling—but we think they could be doing a lot more to make their devices last longer outside their proprietary restoration system. They could allow the home buttons on phones to be replaced and reprogrammed without needing a secretive machine that locks out third-party or DIY repair. They could stop making MacBooks all but unrepairable, with keyboards that necessitate expensive replacements. And they could offer some kind of low-cost recycling approach for AirPods, Apple Pencils, Magic Keyboards, and the rest of their devices with built-in batteries sealed with impenetrable glue.

Hidden behind the chrome glamour of a recycling robot, Apple’s announcements have the glimmer of some positive changes. The recycling lab is a great idea—a little late, but seemingly a move in a good direction. But they are avoiding the larger product design changes that would really benefit the earth. Recycling is good, but repair is noble.

Children at artisanal mine image by Julien Harneis/Wikimedia. Images of Apple’s Daisy and recycling lab via Apple. 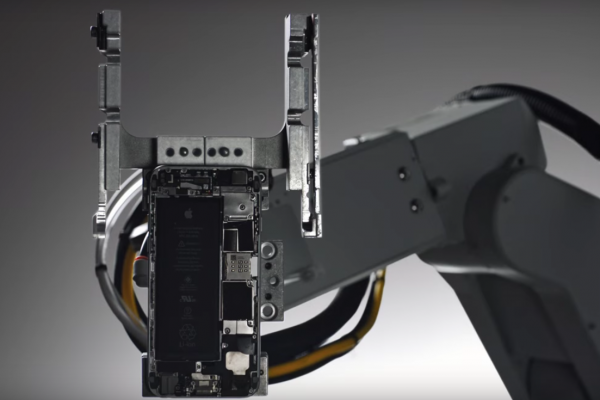 Apple’s Recycling Robot Is Cool—But It Could Be Better