The new Galaxy S10 and S10+ are now splayed out in all their glory, and before we even pried them open, we noticed an interesting new feature: pre-installed screen protectors. This was rather nice of Samsung to include because you can’t install just any screen protector on the S10 or S10+. And since it scored a measly 3 out of 10 on our repairability scorecard, you definitely need a screen protector—and probably a case—on this phone.

After years of shipping phones without screen protectors, why did Samsung suddenly feel the need to install the screen protector themselves? The two new flagship Galaxies come with a fingerprint sensor built into the screen, which isn’t completely new—the OnePlus 6T and a few other phones have beaten Samsung to it. But the S10s use ultrasonic tech instead of the optical sensors used by others. Optical sensors look at your fingerprint, whereas the S10’s sensor actually listens for it—which is pretty slick.

It doesn’t appear that the pre-installed screen protectors on the S10 are any different than other film-based screen protectors you can buy elsewhere (Tech Armor already sells its own, as well as a ton of other brands), but tempered glass options are more difficult to come by right now.

That’s because your garden variety glass protector won’t work with the S10’s ultrasonic fingerprint sensor—they’re too thick. There are already a couple of S10-compatible tempered glass protectors on the market so far, though, including one from Belkin that’s “engineered to be so thin to maintain compatibility with Samsung Galaxy S10’s in-screen sensor and unlock it with just a touch.” That extra thinness might come at a cost whenever you drop your phone, but you’ll at least be safe from the inevitable scratches from keys and other objects.

There’s also a solution from Whitestone Dome, but it’s not really ideal—instead of installing the screen protector the traditional way, the company uses a liquid adhesive to completely fill that gap between the screen and the protector, which allows the ultrasonic sensor to work properly. But this makes the whole installation process a bit more involved.

In the package, you get the protector, the adhesive, an alignment tray, and a UV light. You’ll have to apply the adhesive separately from the protector, then use the UV light to cure the adhesive. It’s a neat process, but it seems like there would be plenty of ways that one could screw it up—after all, even basic screen protectors can be tricky to install without all these extra steps. Plus, the amount of disposable plastic and electronics that come in the kit is enough to keep us away purely on an environmental basis.

Furthermore, we can’t imagine the screen protector being easy to remove when it comes time to replace it, since the process appears to be fairly similar to what most manufacturers use to bond the display panel to the screen glass. In other words, that sucker probably isn’t coming off easily.

If you absolutely want to play it safe, the easiest and safest way to go is to buy Samsung’s own replacement screen protectors that are guaranteed to work with the S10. These are available at carrier stores and retail locations that carry Samsung products, priced at $29.99. That’s more expensive than third-party options, but knowing that it’s an OEM product that will work with your S10 without worry can be valuable, especially given the mixed reviews of some of the third-party options this early in the game.

We imagine the market will eventually fill with more quality, S10-compatible screen protectors as time goes on, but for now, keep in mind that your options are a bit more limited if you want to use that in-screen fingerprint sensor. 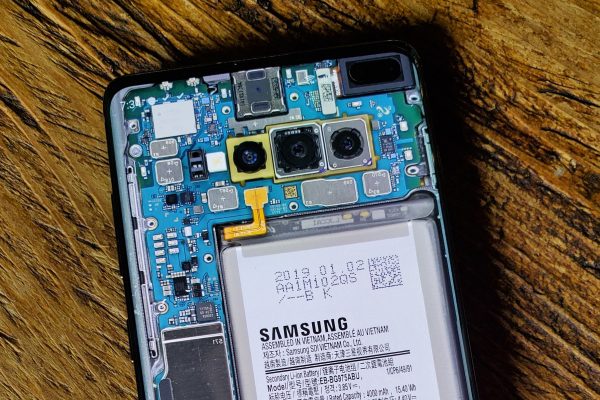 How do I safely and easily remove the screen protector on the s10+?

The Belkin that you mention has not got ONE single good review from customers !