European member states voted to make domestic appliances more repairable Monday during their first meeting to review the Ecodesign Directive, a set of legislative proposals aimed at reducing the environmental impact of home appliances. Monday’s vote focused specifically on refrigerators, while later meetings in January will determine ecodesign standards for dishwashers and washing machines. For the first time, this set of ecodesign legislation aims not only to improve the energy efficiency of products while they’re in use, but also seeks to make them longer-lasting and easier to repair throughout their entire lifecycles.

Back in September, the European Commission drafted ambitious proposals to facilitate repair, but they backed down earlier this month after industry pressure—shifting legislation away from design for repair and settling for less resource-efficient design for recycling. However, in an unprecedented move, EU Member States used their vote in Monday’s meeting to improve upon the objectives of the latest proposals and reintroduce design for repair.

However, during Monday’s meeting, EU Member States ruled that spare parts for refrigerators be replaceable with the use of commonly available tools and without damaging the product. They also voted that spare parts be available for at least 7 years, with parts such as door gaskets and trays available to end-users, and thermostats and temperature sensors available only to professional repair technicians. Professional technicians also receive access to repair information.

We commend Member States for deciding that all spare parts should be available and easily replaceable. On the other hand, we urge them to also make spare parts and repair information available to end-users no matter their access to professional repair services.

Citizens demand their Right To Repair

Monday’s vote ushered a hopeful commencement to the European Commission’s review of their Ecodesign Directive. While this legislation affects only household appliances, it sets an important precedent for further Right to Repair legislation in Europe regarding computers, vacuum cleaners, and smartphones. Moreover, if the proposed legislation passes, Europe alone would save an estimated 140 TWh of energy a year by 2030—5% of its entire energy consumption.

Public support for ambitious repair regulation is also increasing. A 2014 survey from the EU found that 77 percent of citizens would rather fix their products than buy new ones, and say high costs and low availability of repair services are predominant barriers. Petitions in Germany, Italy and the UK asking for easily repairable and longer-lasting products are approaching 200,000 signatures to date.

Repairable and longer lasting appliances save money, resources, and the climate. By voting in favor of repairability in their review of the refrigerator component of the Ecodesign Directive, the EU is serving consumer rights and environmental conservation over industry profits.

Future dates when EU governments are expected to vote on key products:

How Repairable Is Your Tablet?

iFixit at Work in the European Parliament 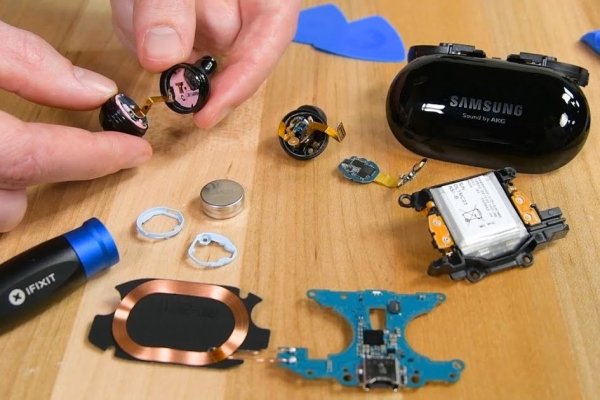