On a beautiful, sunny afternoon, some friends and I took a walk along California’s Central Coast. The quiet was broken only by cawing seagulls, crashing ocean waves, and the distant clinking of a hammer on a nail. Our curiosity was piqued by the lattermost, so we made our way over to a group of three men in what appeared to be a small construction zone. And then we saw it—the beautiful, historic Point San Luis Lighthouse.

The volunteer staff informed us that the lighthouse was undergoing minor restoration. This was a little different from the kind of repair we’re used to at iFixit—we’re typically digging into the latest devices to see what makes them tick, and then teaching users how to restore them to working order. If you talk to the team at Point San Luis, they have a similar passion for repair, but with a twist: They make new things old again.

The Point San Luis Lighthouse Keepers, a non-profit organization that began in 1995, is made up of volunteers that have been keeping the lighthouse up and running by leading tours, facilitating an education program, and completing various restoration projects. Our guide, Program Director Jack San Filippo, proudly told us there are roughly 50 volunteers who dedicate their time to the lighthouse.

To get an up-close look at the restoration process, we talked with some of the volunteers on site. We met with a few members of the Tuesday Work Crew—the Lighthouse Keepers who have worked on restoring the building over the years. They arrive once a week and do whatever needs to be done, whether it’s rebuilding a staircase or polishing the lighthouse’s Fresnel lens, the massive glass that originally reflected light out to sea.

Some procedures are particularly delicate (and dangerous!), such as removing old lead paint from the walls using a heat gun. The lighthouse is a constant work in progress, and it takes a substantial amount of work to make the site safe and accessible while still maintaining its historical integrity.

Mike Fairbrother, a veteran Lighthouse Keeper of about 17 years, has no shortage of contributions to the lighthouse. When asked what types of things he’s fixed, he said, “Everything. This thing was just a wreck. I’ve made doors, I’ve made windows, fixed up the loose door. The door that you walked in wasn’t there—it had been patched, so I made that door. The Coast Guard had poured a slab, so we jackhammered out the slab, dug out all the sand, and put in a new floor.”

So what keeps them coming back once a week, completely voluntarily? One of the volunteers pointed to the ocean and said, “That.” The weather is pleasant year-round, and the views can take your breath away.

Jim Ellsworth, a Lighthouse Keeper of about 12 years, recalled one of his favorite memories from volunteering at the lighthouse: “A few years ago, I looked out at the edge over here, and there’s a female gray whale over there. About 40 feet away. And her calf.” Moments like this are little rewards that keep the volunteers steady as the years pass by.

Bonnie Kee, who has been a Lighthouse Keeper since 1997, recounted some of her most challenging but rewarding contributions to the lighthouse: “We did a lot of the heat gunning on these walls. They wouldn’t let us use any chemical paint removers, so we all had to have a little portable fire extinguisher. Terrifying. But I love doing the maintenance now after all those years because I helped with cutting windows, and regluing all around them, and all kinds of stuff.”

Restoring a structure to maintain historical accuracy for the year 1890 presents a unique set of challenges. Using a combination of U.S. Lighthouse Service plans, original photographs, and first-hand accounts, the volunteers spend their time collecting and constructing period-accurate pieces for the lighthouse, while also making sure it is structurally sound.

Mike said, “We built a new foundation, we redid the windows, we redid the doors, and there was a bathroom in the corner that we tore out.” The lighthouse also still uses the original redwood gutters that were constructed in 1889 but have been repainted since.

I can’t help but notice the similarities between the Lighthouse Keepers and iFixit. The historical restoration of the lighthouse is as intricate as the state of the art electronics that we work with. And together, they form a full-bodied picture of the world we live in—one that is both constantly evolving and reinventing itself, but is also based on the beauty and achievements of makers and builders before us. Plus, we’re always inspired by the people who share our passion in preservation, restoration, and education. As Bonnie puts it, “It’s been a joy all these years, and it’s so glorious.” Glorious it is, indeed. 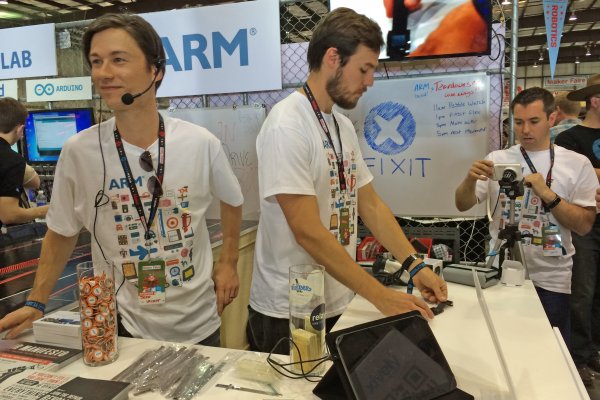 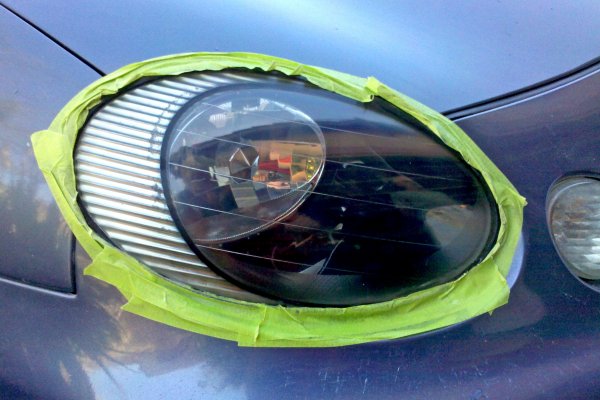