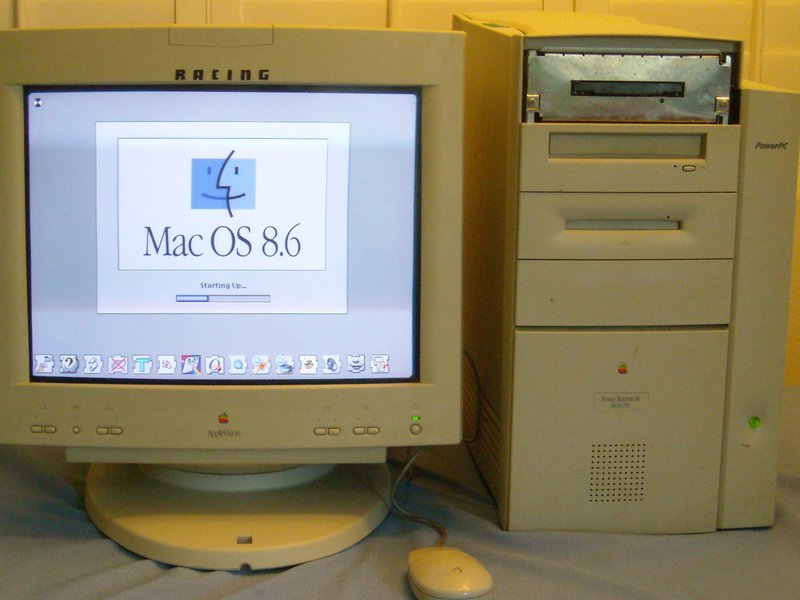 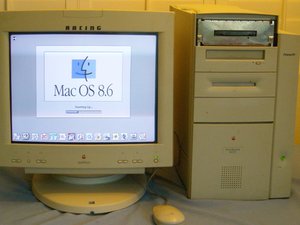 Author: massimo (and 4 other contributors)
Create a Guide
I Have This 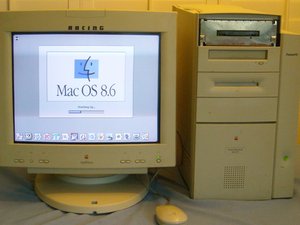 The Power Macintosh 8600 is a computer sold from February 1997 to February 1998 by Apple Computer (now just “Apple”). It has a boxy white plastic chassis which looks similar to many standard PCs from the time. Over time, the plastic tends to yellow, so remaining models these days might have a different color from when they were new. Internally, the 8600 uses a PowerPC 604e processor. Apple sold three models with the the processor speed set at 200 MHz, 250 MHz, or 300 MHz for each version. This page specifically focuses on the 250 MHz model (a.k.a. the “Power Mac 8600/250”), but since the other models are very similar most of the guides should work interchangeably.

The motherboard on the Power Mac 8600 is equipped with eight (count it, eight!) slots for memory expansion. Officially, the computer supports up to 512 MB, but people have found that it can actually use up to 1024 MB using eight 128 MB memory sticks. The other main avenue for expansion of the 8600’s features is the three PCI slots on the motherboard. Opening the computer to access all of these slots is easy: just press the green button on the top of the system. The left side panel will pull away easily.

You can identify this Mac by looking on the front side for a product label that reads “Power Macintosh 8600/250.”