A game console released in North America by the Nintendo Company in 1985, called the Nintendo Entertainment System, model NES-001.

NES with no video or audio

Ive got a NES with a black screen when using either rf or rca outputs. I have confirmed the game is working my cables are good and the power/rf module is working by swapping it with one from a working NES although the vout is only 7.3v it was 8.7 in the other console. Something on the motherboard must be pulling the voltage down but i have seen other consoles work with 7.3v. I captured the video signal coming out of the ppu and going into the rf module with my O-Scope. It has the sync pulse and color burst but no video data. 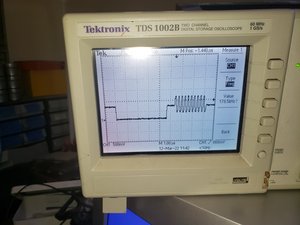 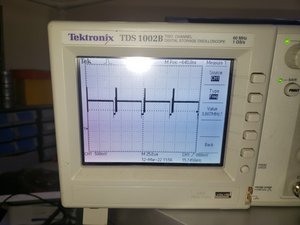 I haven't found anything else wrong with the system yet.

I hope someone might be able to guide me in the correct direction.

UPDATE: Ive discovered the R/W signal measures a constant 5v with the cartridge in but with no cartridge it gives a square wave as it should. Im not sure if the R/W signal originates in the CPU or is generated somewhere else. It is also used by the ppu, the sram and the cartridge. Im going to try swapping out the cpu with a known good one to see if that has any effect.

Probably. I guess I will try comparing signals between this one and one of my working units. There could still be a faulty trace somewhere preventing a signal getting to the chip.