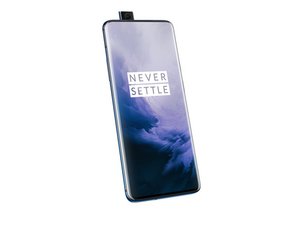 The OnePlus 7 Pro is an Android smartphone from OnePlus. It was released in May 2019.

Half of my display is dead

After a fall, my OP7Pro started acting up. Wouldn’t turn on for a while, but that eventually worked itself out. Now though, the bottom half of my display is dead - by which I mean, the bottom half of the screen is black, but the phone still registers touch on that half of the screen (albeit unreliably). I get the occasional flicker of the actual display too, though this has been happening much less often now. 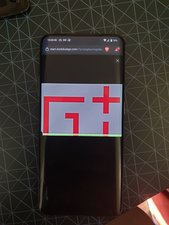 From watching teardowns, I have no idea why only one part of the screen would be dead. I thought it might be an issue with the optical fingerprint scanner, so I tried taking that out, but still the same problem. Any idea what I might be able to do to fix this?

EDIT: forgot to mention, I’m also getting “ghost touches” in around the middle of the screen, between the working half and non-working half. Happens mostly on the left side of the screen. Don’t know if that helps to figure out what’s wrong/broken.

Not the answer I was hoping for, given the price of those screens… thanks though, at least now I won't be holding out for a cheaper repair

oled display is cracked, replace it