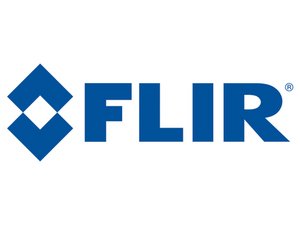 The FLIR ONE is available in three generations and is limited to 9 frames per second. The cameras can be used to detect things like air and water leaks. The second-generation model has increased resolution over the first-generation model and is supported by nearly every smartphone.

How to get FLIR one 2G to boot, or how to repurpose lepton

After getting a red FLIR one gen2 w while back (2 years, 3, can’t remember exactly) and using it for a few months, one day the orange light went solid while charging and the unit refused to boot up (where the green light goes on). Looking on line and including here it seemed this happened when the battery went bad, Which is did regularly. So I got another battery and followed the guide here and installed a new one. It seemed to be correct and when the button was pressed the orange light would come on solid, and nothing else would happen until the battery drained and the light went out. I could charge the battery with a Lipo charger, and restart the process but the FLIR camera would never boot up. Reseting by holding the button down does nothing, with or without removing the battery. Looking around it seems that when this would happen under warranty they would just replace it, But no warranty and FLIR has washed their hands of this model. Not surprising as the FLIR business model seems to be to exploit customers into buying products that work well when they work but are often defective and FLIR’s solution to the defects is to get you to spend more money on the next generation’s equally defective product. Rinse and repeat.

I have seen some comments that this error is a flaw in the firmware that throws the camera into a loop, but it looks there is no new firmware and it seems to require being able to boot to update firmware anyway. I’ve also seen some commentary saying it is associated with bad soldering on the microprocessor connections and might be solved by reflowing it, for which I lack the equipment and skill.

From what I understand, if you ask FLIR about any of this they just invite you to spend more money on their newest FLIR one. I have to admit, that with everything I found out about FLIR’s businesses practices while trying to find out how to fix this, I doubt I would buy another camera from them even if they paid for most of it. And as someone who bought it secondhand, they won’t even acknowledge my existence anyway. It’s too expensive to buy another.

I pull it out every once in a while to try again because while it worked it was useful. I’m doing it again and decided to make requests not just see what is out there. Any ideas of what to else to try? Anyone know anyone repairing the gen2 units?

Finally, I’ve seen some DIY projects for making IR camera’s using a the FLIR lepton. There was a kit for while based on a project published in MAKEzine, but it hasn’t been made in a while. Has anyone had any experience with repurposing a lepton fron the FLIR one gen2? Did it work? How difficult and expensive was the build?

You’ll need to find someone with the deeper skills to diagnose exactly what is wrong. A common issue with this unit is a capacitor or MOSFET has failed, or a bad solder joint. I had one and I’ve fixed it a few times.

Unfortunately I have never been able to find such a person, or even a person to reball the bll grid array for the microprocessor, which is supposedly a common cause. From what I can tell, its mostly guesswork. Do you have any information on exactly what capacitor or MOSFET fails producing the orange light of death? Those repairs I could do. It's already dead, the only thing I could do that would make it worse is screw up the lepton as that still has some value.

Sorry to hear of your problem with your second-generation Flir One device. I hate it when cool gadgets break. I know it's been a while since you posted but I'll answer in case you still have it or someone has the same questions.

If the app on your phone isn't detecting it after replacing the battery then about the only (easy) thing I can suggest is that you verify that the device's connector is seating all the way into the phone's Lightning/USB OTG port. The first and second generation devices had short connectors that don't work well - or at all - when a phone has a protective case on it. If you haven't already, try using the Flir One with your phone removed from its case.

Regarding repurposing the "Lepton" module inside the Flir One: Yes, it's doable assuming the module itself isn't toasted. I was able to remove the module from a second-generation Flir One and use it with a "tCam Mini" device from Dan Julio Designs that I purchased through GroupGets. The tCam Mini is a standalone thermal camera that connects to your wifi network and is accessible through an app on your phone or desktop computer. Note that some GroupGets campaigns include the Lepton, but you might be able to obtain a tCam Mini without a module so you can use yours.

There may be other devices that may support the specific Lepton module in the Gen 2 Flir One, but you should do some research to make sure they're compatible. I actually came across your question while trying to find info on the modules used by the various Flir One devices because I also have a (different) Lepton from a disassembled Gen 1 unit that I'd like to repurpose.

To extract the module from a Gen 2 Flir One, you'll need to pop the back off like you did to get to the battery, and then remove the five little security torx screws inside. If you don't have a security torx of that size, you might be able to wedge a small screwdriver into the 'stars' and manipulate them enough to get the screws out. Once you tilt-and-slide the board out of the Flir One, you'll need to carefully remove the copper shielding foil from the Lepton module and its shutter mechanism, and then gently pry them out of their socket.

Be aware, by the way, that Lepton modules are supposed to be pretty sensitive to static damage, so take precautions to avoid creating any sparks. When seating the module in a new i board, make sure it goes in straight and properly oriented (notice the notches in the socket) and avoid pressing directly on the surface of the shutter mechanism.

An alternate approach to all this is to sell the DOA Flir One on eBay as not working/for parts and use the money to offset the cost of a new device like the tCam Mini with a more recent Lepton module.