Battery or hard drive? Which do I swap first?

I am thinking of doing two separate swaps - replacing the battery first and fixing issues with the time via terminal (so my new hard drive will be recognized). Then go back and swap the hard drive. Does this sound like a good idea?

First off, don’t clone MacOS - it hasn’t worked reliably since Lion introduced recovery partitions on some of the newer Macs! You want to backup the Mac and restore it from a backup after clean installing the OS.

Second, make sure you swap the HD cable - the original cables are often SATA II and they will not work right with SSDs due to that. Not all of them are bad, but enough are you are better off doing the swap to be safe. It’s one of those issues I fix in these right away as soon as I have it open, so I know it’s been addressed due to how bad a sudden failure can be. Before you install the new cable, the trick is to put electrical tape where the old cable lived before installing it. 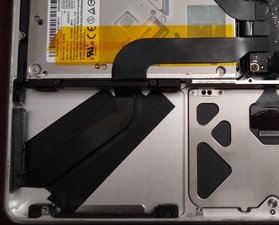 Yes that sounds like a good idea! Hard drive replacements were so easy back then. I got an M1 MacBook Pro and I tried upgrading the storage but I failed. The battery may be aging so that would also be a good idea. Here is a tip: Get an SSD which is much faster and will improve performance of your computer.

I would rather keep the original battery, especially if it holds a good charge. A lot of the clone packs fail sooner then the original Apple batteries.

True Nick maybe it could be an old battery

One from ifixit would not fail.

@tacofixes The one in my 2012 13" is on limited time at this point, but I'd rather hold onto it until I can find an actual Apple battery.

I don't trust most 3rd party batteries at this point. There's more that have quality issues then ones that are similar in quality and performance.

one from ifixit is good because of Quality Parts warranty. Only if you can get past the glue