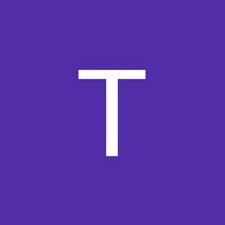 Why is my ps4 fan so loud even in apps

After my day one ps4 gave me the blue light of death I thoroughly cleaned it from top to bottom, including the fan and the heatsink, changed the thermal paste and added washers under the apu clamp. My ps4 worked as good as new.

Fast forward few weeks later i got the Blue light of death again, tightened the screws and it worked again but this time the fan went crazy. It's idle only when I'm the ps menu but it sounds like a jet engine even in apps like netflix.

I also noticed if I tighten the clamp screws too much my power supply starts to make a high-pitched sound and I can't turn on the console until I loosen them. (Which may cause the loud fan noise)

I'm pretty sure i put everything back as it's supposed to be and redid the paste the right way. Has anyone had a simmilar problem or has any idea what can I do to bring back my console to a playable state?

Tarik Slanjankić  … when doing this type of repair, pressure matters. the original issue was caused by overheating, which you stated you have corrected initially with new paste and cleaning of the fan and housing.

however, if this fails, then this indicates that it got to the point where the solder balls underneath the processor have melted and reform upon cooling. this can lead to a poor, cracked or non conductive/ limited conductive connection. to fix this, you can attempt to heat and reflow the chip to fix any of these issue. ( google and youtube will assist)

this is why when you re tightened the washers/heatsink after the second bluelight, it ran again. what this is doing is two fold. 1) when tightening , it is re connecting the bad connection to allow current to flow again and 2) it is squeezing most of the paste off of the chip and not giving it a good thermal reduction. this may or may not be the issue with the power supply squeeling, if it is then i would wager that it is bridging a few balls shorting the power brick causing its fan to ramp up and/or components to squeal as they are holding current flow as it cannot pass while its shorted.

i would try and reflow the bga if it was mine. second this, you can revisit your thickness of washers used or can use a thermal pad in leiu of the paste. but in the long run, your symptoms are indicative of cracked solder under the chip and will need to be addressed so that you dont have to crank down on the board to make the connection.

Indeed, but the time will come that a reflow simply won't do the job anymore. If this is the case, you should reball it.

Thank you, I hoped I wouldn't have to reflow but this is the best answer I got and I will try it!

Many gamers have reported that when they switch on their PS4, it begins to give off a sound as if some heavy machinery is getting ready to function. There could be multiple reasons that your PS4 fan is very loud, discussed below:

Cooling fans are supposed to cool down your PS4 by reducing the console and motherboard heat.

Another cause of your loud PS4 could be the console’s hard drive. The drive is concerned with seeking data, so basically, loud noise from your PS4 could signal a failing hard drive which is a warning that the console might stop functioning at any time.

You need to look after the things you love. If you cannot clean up your PS4 console regularly, it gets dusty and weak and wears out before it’s meant to be. The PS4 fan and motherboard are the two most essential parts affected often and require regular maintenance.

How to fix PS4 loud fan?

For details on each fixes you can check