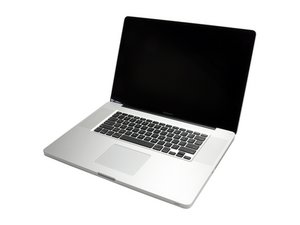 I found apple's "apple hardware test" manual and decided to test my old laptop. So I pressed down "D" after restarting the computer. The screen went black, as it was supposed to.

When I turned it back on, i heard normal internal noises (dvd reader had nothing in it so I tried putting a DVD in and it took it, but the eject button doesn't work)

it is usually hooked up to an external display, which also didn't display anything.

so this is clearly not a power problem, since i found the fans were running.

I also switched the Hard drives with my new macbook: New MB was running properly while old MB still displayed nothing with the other MB's Hard drive. I don't know if this is relevant.

Any idea on what the problem may be ? my mac has been running very well for the past three years this was all very sudden, I never had any problems with it.

So it wasn't broke and you fixed it? You hold the D key down when the original installation disk is inserted to run diagnostics.

Remove the battery and the AC charger. Hold down the power on button for 10 seconds. Next put the battery back in and attach the magsafe and see if it will start.

Thanks Mayer, it was actually running a little slower than usual so I thought something was wrong.

I took out both the power supply and battery then held down the power button for 10 seconds, like you said, but nothing happened when I turned it back on . I checked on the laptop's original box and found that the graphics card was an NVidia GeForce 8600M GT, which, according to apple, has a manufacturing default ( http://support.apple.com/kb/TS2377 ).

I don;t think that's the problem though because I've had this mac for over three years and never had a graphics related problem

Try resetting the PRAM & NVRAM. Will it boot from the original system installation disk? "C" key with disk in http://support.apple.com/kb/ht1379

Not a Mac expert--at all, lots to do on PC's without going over to the dark side :-)

So this is more a question for Mayer, could a faulty attempt to enter diagnostics have written some kind of "next boot" script? Could the solution be to try and enter diagnostic with the disk loaded. Could it be one of those instructions that will stay until the cows come home, unless you satisfy what it wants? Your the guy on this one but I'm curious.

Yes, it got the command to run diagnostics without the diagnostics disk available. That's why the SMC reset. Got to put the paddles to it and stand back.