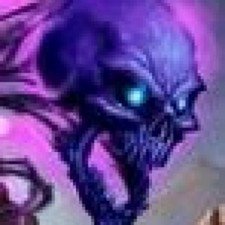 Ripped a pad where you connect the Motherboard Flex (Wifi)

My son broke the screen on my iPad Pro 9.7” and while fixing the screen I broke the battery connector pins while trying to isolate the battery. I have fixed plenty of screen before on older model iPads and that has never happened to me.

While removing the logic board for inspection of the power connector I tried moving too fast and accidentally ripped off the Motherboard Flex (Wifi) where the top speakers and antennas are connected.

After removing the ripped connector from the board I realized that I ripped one pad from the logic board. 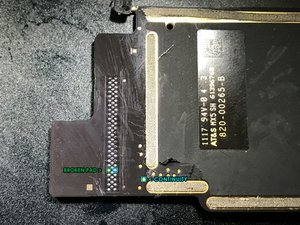 Here is a closer image under the microscope the green line next to the pad is just to show which pad is ripped. 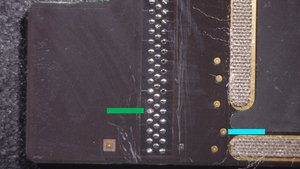 My plan is to run a jumper cable from the test pad all the way to the broken pad when soldering the new flex cable but since the pad right next to it has continuity can I just run a short one right across?