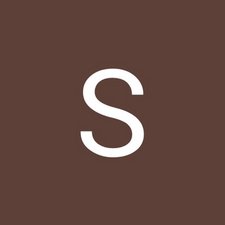 iPod Classic only works when plugged in

I bought a used, refurbished 160GB 7th Gen iPod Classic last year. One day it suddenly started crashing constantly and now will crash instantly if it’s not charging. Even after hours of charging, the iPod will almost immediately say it is out of battery when it is unplugged and will endlessly reboot itself after that. It works perfectly when plugged in though. Even when the screen shows the battery icon at full charge when plugged in, it still says it is out of battery immediately after being unplugged. Sometimes I can listen to audio for about 30 minutes unplugged if I start listening before unplugging it, but it will then freeze up on it’s own. If I navigate any playlists before then, it says it’s out of battery and crashes. Sometimes after crashing repeatedly it will tell me to restore the iPod or will put itself into disk mode. If I try to reboot it manually, it crashes. Even after all of this, the moment I plug it in again, it works fine.

I’ve accessed diagnostics mode after unplugging it, and the battery levels are always maxed out. The hard drive shows 0 Reallocs, 0 Pending Sectors, but almost 100’000 Start/Stops (if that’s important).

When looking at other forum posts online, the two main suggestions are that either the battery is not connected properly or the logic board is faulty. I’d really appreciate feedback about which of these to replace.

It’s most likely the battery. It may be dead or just connected poorly. If it had a VERY hard fall, then this may have caused it. A replacement can be used, but if the problem still persists, it’s a bad logic board. The only reason I would suggest trying the battery replacement first is that the issue of it not holding the charge is associated with the battery. A faulty battery can cause the device not to perform correctly or just simply crash. Or in other words, it will just freak out because it can’t get the power it needs to work.

The refurbished battery could also possibly be a cheap brand that didn’t last very long, and thus caused this issue. Investing in a good battery will give you good battery life.

Thank you very much for the response! Yes, there's a chance the refurbished battery was a cheap replacement. I also haven't been anywhere near as careful as I should with the iPod and have dropped it on multiple occasions. I'll be more responsible in the future and try replacing the battery with a high quality one.

Thanks again! I will report back.

I managed to replace the battery myself, and it now works! Thanks again for your help!