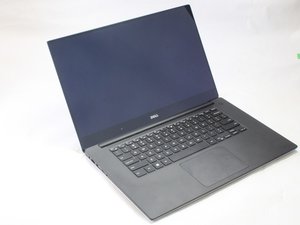 "The worlds smallest 15.6-inch laptop packs powerhouse performance and a stunning InfinityEdge display all in Dell's most powerful XPS laptop." 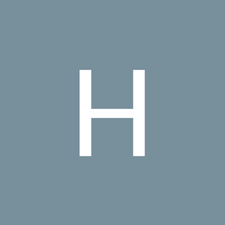 Hey, I opened my Xps 15 9550 to clean it from dust (for the third time) and after putting it together again my left fan runs on 100% constantly. I unplugged the fan cable and plugged it in again after I noticed the problem, but it still runs at 100%.

Can anybody help me with that problem?

Don't know the answer but according to the service manual, taken from this webpage, the left fan is used to cool the GPU and the right fan is for the CPU (see p.39 of the manual).

Perhaps the GPU needs to have the thermal paste refreshed or there may be a problem with the heat sink assembly over the GPU.

It could also be a problem with the fan itself. Not sure if the fan has an internal thermistor which senses the temperature which is relayed back to the BIOS to alter the speed or if it is controlled by a temp sensor in the GPU but check the fan’s wiring connector anyway for anything amiss.

According to this link you can check GPU usage in Task Manager, to check if it is high GPU usage that is causing the fan to run at high speed. (my PC is too old as this option is not there.)

The fan with the problem is the left one, if the laptop is open and you look at the display.

The diagnostic tool (hit F12 when booting, then selected diagnostic) said, that it is the CPU, not the GPU Fan.

My task manager shows normal CPU usage. In fact, everything looks fine, except, that one fan is running at 100%.

I was only going on what is shown in the manual and they show the left fan as JFAN2 as the GPU fan p.39 and the right fan as JFAN1 on p.40 as the CPU fan.

Did you physically inspect the fan's connector to make sure that the wiring is OK? If it has 4 wires then most probably it has a temp sensor as well as a rpm sensor.

Stupid thought but are the left and right fans identical in every respect or are they different?

You didn't reverse them when you re-installed them by any chance?

@jayeff Hi, and thank you really much for the quick response. I use iFixIt for the first time and am really happy that someone answered that quickly.

The connector has 4 pins. You can only plug it in one way, so I'm sure I didn't plug it in upside down, or something. It is also identical to the right one.

For me the connector looks fine, but I cannot be sure, that there is one of the cables broken, they are really thin.

Oh, and also it is not possible to reverse the fans when re-installing. The have different screw layouts.

Thanks for the feedback. As I said it was a stupid idea but you never know. ;-)

Does the BIOS show the fans rpm by any chance?

If you have an Ohmmeter, with the fans disconnected from the motherboard, measure the resistance between the earth connector on the fan (black wire) and each of the other wires on the left fan connector and check if the readings are the same on the right fan

So your Task Manager doesn't show GPU usage either then?

I do not have one, but that's a great idea. I will see if some of my friends have one, that I can borrow. Do you know, what a typical reading from a temperature sensor would be? Something like a linear value between 0 and 3.3, or 5v? Or should I just compare it to the other fan (because they have of course different sensor values CPU/GPU).