The March 2015 update of Apple's 13" MacBook Pro Retina Display, model A1502, features fifth-generation Intel Core i5 and i7 processors and introduces the Force Touch trackpad. 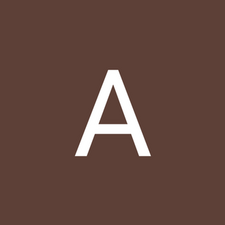 Estimated cost to get the screen fixed by a third party or apple?

Its a small crack in the screen , it will light up but will have lines throughout the whole screen.

Just to give you a better idea of your cost, I generally charge the cost of the part plus $200 to do this one. It is a difficult replacement and very exacting.

Well you posted on ifixit.com, so I’d say the estimated cost is:

plus labour (ie. however long it takes you to fix it using MacBook Pro 13" Retina Display Early 2015 Display Assembly Replacement)

plus celebratory beverage of choice (kept far, far away from your MBP)

Not to give a non-answer, but the fastest way to get a quote is to take your mbp right to the people who are doing the work and ask them. Ask around and do some research, there’s even some mail-in options available to find online if you really want to go that route. I could never possibly give a quote or speak on another tech’s behalf, though.

I will say that I’ve never had a more confusing experience than having a “genius” bar rep tell me my old MBP went through water damage, when I know it never encountered liquid… I’ve also been offered a logic board replacement every time I went in with a technical issue, including the time my trackpad was replaced… once again, citing the “moisture indicators” they stick in the laptops as a reason for a logic board replacement… despite my mbp once again working without issue… Your experience may differ, but that’s been mine so far.

That being said, I think it’s most rewarding to fix it yourself if you’re comfortable doing so.