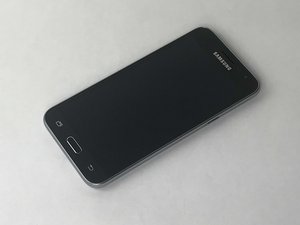 The Samsung Galaxy J3 V was released in 2016 and it's a budget smartphone. It contains a 5 megapixel camera on the rear and a 2 megapixel camera in the front. The J3 V is equipped with a 5-inch HD super AMOLED display.

Can me do root in my phone

Can you tell us what area you live in?

If you’re willing to flag the KNOX warranty eFuse (0x01), yes. You’ll also lose KNOX and anything protected under it. Also do not expect Samsung to support the phone until it is brought back to stock.

How easy it is depends on the carrier. AT&T and Verizon are against rooting to the point they’re okay with ignoring a serious hardware security flaw but attack a exploit used for root. These can be rooted, but you need to have everything line up or they’ve probably patched it out already. T-Mobile sort of cares, but not like AT&T or Verizon. I don’t know much about Sprint, so it may or may not be a pain.

Usually these low end phones are subsidized by the carriers, so you need to keep in mind which carrier sells it because the OEMs are forced to give into them even if they don’t agree with their practices. I don’t think Samsung cares about root as much as the infamous two since they blow the eFuse instead of trying to actively prevent it.

You can root your phone by running a rooting program like Towelroot or KingoRoot. These programs can be downloaded as APK files from their respective websites and installed on your phone.

Remember to backup all of your data before proceeding with the installations. You will void your phone’s warranty and lose access to certain apps, so please take this into consideration.