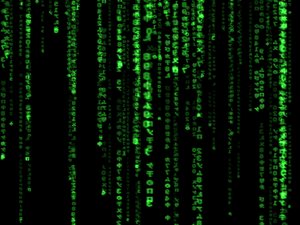 Lion became available this morning. At 9:05 it took 20 minutes. Download time is running an hour and forty five minutes. No telling how long it will take once email notifications are sent out. Just wanted to notify ya'll.

The incapacity of Lion to allow the functioning of the Power PC applications may be a major problem, the problem is the abandonment of Rosetta. Rosetta allows Power PC apps to run with an Intel processor. Before doing this update, it would be wise to check which applications, which small utilities will not function any more and to benefit from it to do the housekeeping or to find an equivalent with the Intel code of it.

CultOfMac offers a simple solution to track all this software. Make the following command in the terminal:

It will create on your desk a textual file " MyFileTypes.txt" that will contain all the list of the applications of your computer. Open and do a search for the occurrence " Kind: PowerPC".

All the software that have this label will not function on Lion.

For those who still imperatively need a Power PC application and who want nevertheless to upgrade to Lion, I suggest that they keep a partition Snow Leopard on their machine.

I ran this Terminal command and the list of programs that won't work on my machine was very extensive. Even my Adobe CS 2 won't work. I'll be installing this system on something that doesn't matter. This appears worse than my transition from system 9 and the loss of all those programs collected for so many years. I'm very disappointed with this revelation of Lion.

Lion is not a upgrade only. It will install a full version. I tried burning it onto a DVD but got media errors twice. I moved it to an external firewire drive to move it around. I didn't think it installed at first, it gives you an app that tells you what programs won't run with it. It requires a couple of restarts to install. The install took 22 minutes. It automatically opens migration assistant on the first boot.

To my surprise, migration assistant moved over all the apps that it says won't work so I will have to go in and clean them all out.

iWork's '09 now requires an immediate serial number. Before you could register it later or not at all. I haven't tried iLife '11 yet.

My Sonnet PCI ethernet card will not work with 10.7.

Great new tool, helps with not having DVD drives - - Start up using Command R - you can now run Disk Utilities without booting from a system disk and make repairs

Sonnet just posted a Compatibility Matrix on its cards: http://www.sonnettech.com/support/lion/i...

I'm also very dissapointed by this. I had installed the developer beta of Lion on my Mac mini earlier this year, and noticed this right away. I had a feeling that when they released Snow Leopard with no PPC hardware support, total support for PowerPC would be dropped in the future as well. My solution to this was to keep a PowerMac G5 that I had refurbished (And originally planned to sell) and use it to replace my noisy MDD. Since the G5 was the last, best, PPC Mac, I'm gonna hold onto it and use it for running PowerPC applications. I'm also planning on keeping a partition on my Mac mini for Snow Leopard, just for Rosetta. I wouldn't be supprised if someone managed to hack Lion to support Rosetta, but that probably won't happen any time soon.

I really see no reason, as powerful as the current machines are, why we can't run System 9 just like 10.4 did. I miss a lot of those old games. After all, I'm running 10 GIGS of RAM in my MacPro.

I'm trying to keep OS9 so I can still play Myst. Do you remember the non-video games on OS 7? +

I used to play one called Adventure where you went down a path and found a locked grate that once you unlocked you explored and collected goodies.

The action in those games took place in your mind. Kids are no lazy to use that game enhancement today. I don't even remember Playboy showing nipples in 1964. It was left to the imagination. No GPUs ;-)

If you have any PPC apps THEY WILL NO LONGER WORK after upgrading to Lion.

Lion does not support PPC code at all :((

No longer playing Halo or several other games, no disaster, but a pain. Trying to find vmware solution... may have to go hackintosh.

+ I amended my question to address this, thanks.

Another thing that I noticed is that Apple is not (as far as I can tell) selling Lion on a DVD (Or any other type of removable media). The only way to get it is to download it. Also, Apple is now selling the Mac mini without a built in optical drive, and droped the MacBook line of computers all together (MacBook Pro's are still for sale) If you want an optical drive in your computer, you now need to fork over more money for a $100 external SuperDrive, an iMac, or a Mac/MacBook Pro. Apple appears to be killing it's bottom line. Also, no OS Lion on DVD makes replacing/upgrading hard drives a big PIA.

Chris, I've burned it to DVD, put it on a flash drive, put it on an external drive and installed in Target Mode. I can run Disk Utility without an external using Command R. We may be seeing the beginning of planned obsolescence of disk drives, both optical disks and hard drives. We've see this before, 78 rpm vinyl records, 45s, 8 tracks, video tape, cassettes, big laserdisks, 5.25" & 3.5" floppy disks, Zip disks, CDs, now DVDs. Bulk USB flash drives can be bought for $3.55, $7.00 for a 4 GB and costs will continue to drop. http://www.usb007.com/miniusb.htm

Although BlueRay disks have come down, they're still to high. Note the demise of BlockBuster and the rise of NetFlicks.

They are now selling it on a USB flash drive.

Grin ;-) Seems that Apple is becoming the new Borg. "Do it our way or get lost". But i'm happy to know that geeks like us will always find a way to keep things running. Time will tell. BTW, Mayer, even CS4 won't run on Lion, and that's all Intel code ASAIK. I wonder who's to blame - Adobe or the big App?

My CS4 (cloned from a customers hard drive) shows to be Universal. Yours may have been installed on a Power PC. I'll know more after I get that drive clean and try to clone it again. I'm working on moving all my music onto one drive right now (it's scattered all over as is).

Haven't tried Lion yet to be honest. The CS 4 issue i pulled from a german website, quite reputable (heise.de/mac-and-i/). Still running SL on my production machine for some time, i think.