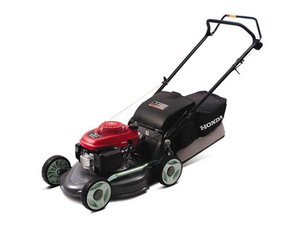 A lawn mower is a machine utilizing one or more revolving blades to cut a grass surface to an even height. The height of the cut grass may be fixed by the design of the mower, but generally is adjustable by the operator, typically by a single master lever, or by a lever or nut and bolt on each of the machine's wheels. 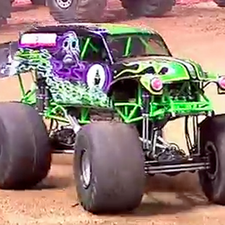 I recently decided to sharpen the blade on my mower. I shut off the fuel valve before tipping to its side, only later to find oil would poor out of the air cleaner causing a failure to start. I began to clean off the oil by removing saturated air filter. After initial cleaning, it wouldn’t start. At this point, I decided to further clean the spark plug. Second attempt to start momentarily with a lot off smoke. I figured further cleaning was need so, removed carburetor to clean out the float valve, main nozzle and float in carburetor. After carburetor cleaning and filling up to proper level of oil, it had a rough start but, but, got it to idle after several attempts. The Idle is rough and goes up and down non-stop. I checked for air leaks but, couldn’t find any. I don’t see any adjustments for carburetor control. Anyone have any ideas what can be causing poor idle?