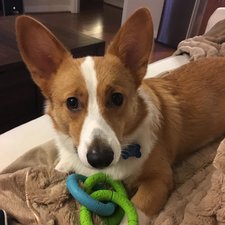 New iFixit Battery is Recognized & Charging, then it isn't.

Here’s a run-down of everything that’s happened so far. Please help—I need my MBP to work!

Just bought and installed a new iFixit battery last night for a mid-2012 MBP unibody. Installation went fine (other than having some trouble getting the battery screws out, but eventually that worked out too).

Turned MBP on and battery was instantly recognized and began charging. Success! Or so I thought. Left machine on charger all night and planned on re-calibrating in the morning.

Woke up and went straight to computer. I can’t remember what the charge was when I woke the machine up, but I do recall that my external hard drives all showed “not ejected properly” errors. Thinking it was an issue with my USB hub, I unplugged the AC adapter to begin draining the battery as part of calibration. The MBP died almost instantly, if not instantly. Plugged AC adapter back in and re-booted computer.

Researched how to reset PRAM and SMC (because I forgot how to do it after a few years) and reset both, PRAM first and SMC second.

Restarted machine and voila! The battery is recognized again and resumes charging! All done, right?!

Interestingly, BatteryHealth2 shows an age of 7.1 months, which seems reasonable—almost as if it knows there’s a “young” battery inside, but unable to determine anything else about its health or current charge.

Anyway, having now reset the PRAM, reset the SMC, and checked two different battery management apps, what are the next steps? I’ll be leaving this on the charger because I’ve got work to do today and the only way this machine stays on is if I leave it plugged into the wall. All your help is appreciated—I’d buy you all a round if I could!

I did a second, immediately followed by a third, SMC reset. The battery is recognized/alive/whatever again, at least for now. Not sure if this changes things, but here’s a screen cap of BatteryHealth2 with a working battery:

Thanks for your continued help.

After about 5 minutes, the battery “died” again.

Mayer asked me to reinstall the old, original battery and post CoconutBattery screencaps. Ask and ye shall receive. Note, I did not reset PRAM or the SMC. It just worked immediately. Does this tell you anything? Because I’m really at a loss.

What was going on with the old battery and why did you replace it?

Put the old battery back in and run Coconut Battery and show us the results please.

This is done. See Update #3 above.

That battery seems to be working just fine. Try calibrating it just like you planned to do with the new ones and lets see what it does.

I mean, this thing is seven years old. It's been through a lot of cycles. The OS is advising I get "service" for it. I want to know why a brand new battery isn't performing properly, because this old one is going to check out one day. What're your thoughts?

That "old" battery only has 136 cycles out of an expected life of 1000 cycles. Is the new battery showing the same service battery code, or will it boot? The disks not erectly properly tell me the machine was not shut down properly if at all. You would get this error from a power failure during the night and an automatic restart.

This is not helpful. I bought a new battery. I expect a new battery to function properly, and it isn't. Whether the old battery is working or not is a non-issue.

Seems like you got a bad battery. Just look into a RMA with iFixit. Im sur given your proof theyll assist you.

Is this a common problem with iFixit batteries? I appreciate your answer and your assistance, but isn't it possible there's another issue? Or is this a fairly common occurrence and a new battery is just the way to go?

@dorner2011 No this is not a common problem and assume you got a bad battery is premature. What was going on with the old battery and why did you replace it?

The old battery was the factory original. It had a "Service Battery" status, so I chose to get a replacement. I still have the original.