i recently decided to make another pass at this 2012 MacBook pro which has been sitting in my drawer for some time. I have no history on the unit, it arrived as part of a lot of non-functioning MacBooks. no tripped moisture indicators, and the innards didn’t appear tampered with.

said MacBook will chime and boot fine, but never outputs display to the internal LCD. it’s obvious that the backlight isn’t illuminating, and the flashlight test yields no activity on the LCD itself. needless to say, uncountable SMC and NVRAM resets have occurred, as well as reinstalls of macOS. i have tested this on two separate LCD panels, the second is “known good” from a working machine. for what it’s worth, this test was accomplished by transferring the MLB to another complete MacBook, rather than simply connecting another display in place.

i have my normal routine for no-backlight-having MacBooks, but the no LCD is throwing me for a loop.

advice (other than genius bar, replace logic board, etc) is most welcome! 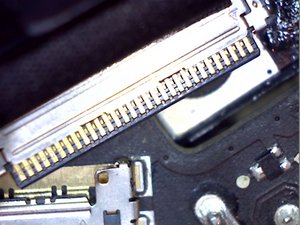 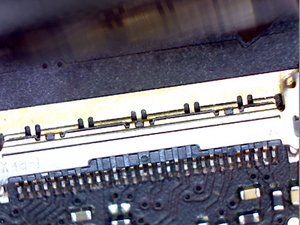 i have tested all of these points, none show 3v3: 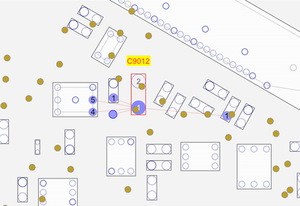 following the board view, i also have no 3.3v at R1984, but i don’t know how to follow the trace to what i’m assuming is the other side of the board? 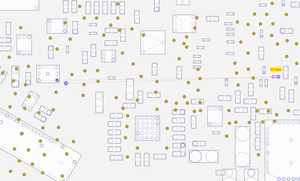 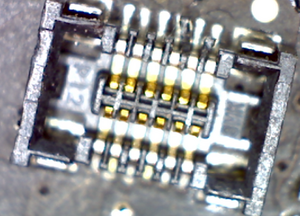 hmm, this does look like a logic board issue to me, sad to say. I’ll let the more experienced people do the talking though.

yes i have surmised that it's a logic board issue. my hope is a short list of common points to check!

check the display connector. Check for bend broken or corroded pins. Post some images of your logic board with your question. That way we can see what you see. Use this guide Adding images to an existing question for that.

Measure the connector and see if you have the voltages required to turn the internal display on.

always pleased to see your replies old turkey. i've attached a photo of the LVDS connector and cable end. they both look very healthy.

The cable checks out from an appearance standpoint. Still could be an issue with the cable or the connector on the Logic Board itself though.

additionally, i've tested every pp3v3_lcdvdd_sw at and after U9000 with no satisfaction

@reverendalc connector looks really good. Are you saying you do not have 3.3V on pp3v3_lcdvdd_sw?