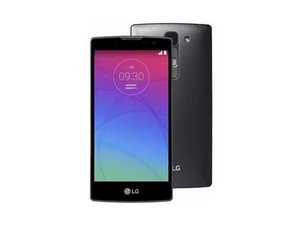 An Android phablet developed and manufactured by LG Electronics. First unveiled by the company on January 5, 2015, it is a successor to the original LG G Flex released in 2013.

My LG g flex 2 (LS996) powers on with a flawless screen but after boot the screen is unresponsive, has horizontal lines that are white/pink in color, that move down the screen slowly and disappear where the screen then turns completely black. Also the phone won't turn on unless it's plugged into charger, which I have heard is just a battery issue. What could the screen issue be caused by and is it repairable?