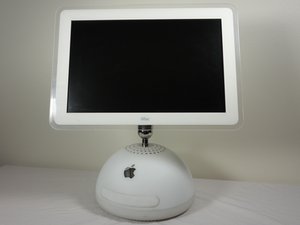 Power Button Broken - Do I need thermal paste to go inside?

I have to go inside to either fix or replace the power button.

I read a long time ago that if I wanted to upgrade the "internal" RAM I needed to replace the "thermal paste/grease".

Opening the bottom now will break that seal.

How important is the thermal paste and if it's important then what brand does anyone recommend?

I now have the drivers and the thermal paste . . .

Removed both the bottom plate as well as the base . . .

(finally able to clean out 10yrs+ of accumulated dust)

(My power button had been messed up for well over a year . . .

To avoid using the power button I've just put that computer on "sleep" mode over that time . . .

The recent quakes and power outages here made me have to use the button several times . . .

It broke - actually fell inside the computer . . .)

When I opened the base I did find the button, as well as a metal strip that appears to be what the button originally pushed against

Does anyone know where I can get a replacement for the power button?

I'm still working on the tear down, there hasn't been much demand for it. The thermal paste on these is dried up and it would help to replace it. I like Arctic Silver 5 for a paste. This guide will at least get you started. If you have any questions, the photos are all taken they just haven't been posted yet. I'll take a look at the power button tomorrow and see if I can help you. iMac G4 17 800 MHz EMC 1936 Battery Replacement

Thanks for the speedy reply.

I've been looking for the tools (star driver).

No one seems to sell them here (northern Japan).

ifixit says a 2 week delivery time for the "54 Piece Bit Driver Kit" and the shipping is almost the same cost as the kit itself.

Also thanks for the guide.

I've been scouring the net for that.

I do actually have a repair manual for the G4 but it's still on the G4 (I thought I had backed that up - oops).