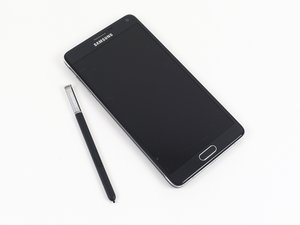 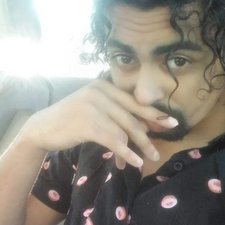 Idk what's going on with my Samung Note Edge so I'm posting in this forum with hopes of reasonable opinion so I can fix it.

So since I've bought the phone, sometimes when the phone sleeps due to inactivity I can't bring the screen up by pressing the power button or home button. The blue LED light flashes but screen stays black. Sometimes it takes several presses of the buttons to get the screen on but most times it doesn't come on. So at first I would take out the battery and put it back in and press the power button, and then nothing would happen, no boot. Put it on a charger, no red LED light or boot. It sat for 28 hours before I randomly pressed the power button and it booted up. Stayed on a few afters and then did the same thing. Did some research and found out if I remove the battery and put it in the freezer for a couple of minutes it would boot up. I did it and it works everytime, but as soon as I'm done charging completely from a low battery and unplug it, and the screen blacks out, I have to do the "freezer method". I know it can harm the phone but right now it's the only option I have. Anywho, can anybody explain why this is happening and why the freezer trick only boots the phone from that state ? I'm going to attach 2 video links I shot of the issue as a reference.

Have you tried replacing the battery? They are pretty cheap, I would try that first.

Thought about it. But I don't want to spend money and wait 3-5 days and it not fix the problem. Battery was sealed in plastic when I bought it. I guess there's only one way to find out huh? Lol But if not the battery, what else?

Do you have an sd card in it? Oddly enough a faulty sd card gave my old galaxy s5 issues. But most likely its a board issue though.

Yea I've had the same sd card for over a year now. Ok I'm starting to think it is the battery, I have a fast charging charger and when i charged it OVERNIGHT last night it only got to 89% in 5 hours and was still charging.

Ok so I bought a new Samsung fast charger and Samsung battery. Put the new battery in and put the phone on the new charger. The charging symbol came on but went off instead of continuing to charge. Once the screen goes black from the charging symbol going off, the phone continues to vibrate as if it's booting up repeatedly. When I press the power button to turn the phone, the boot screen comes on as normal and the at&t symbol comes on as normal, but instead of starting up the phone after the at&t symbol comes and goes, it jumps back to the original boot screen and does this about 2-3 times before it dies and I have to throw it in the freezer.

Ok so with that been said I'm thinking more it's the motherboard. I want to by the same phone for parts and use that motherboard. Should I worry things like the carrier the parts phone is with ? (Because mine is GSM unlocked)...what should I make sure the other phone motherboard has, to work in mine ? Or does it even matter ? Thanks again for your advice Derek !

Just need this phone working, I have no phone without it.