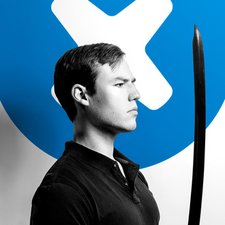 A while back, my Creative Inspire t5400 stereo stopped turning on. The LED which usually indicates power no longer lit, and no sound was produced from any of the speakers. After finding a dead mouse (not deadmou5) below my desk near the cables, I assumed it was a cable issue. I disassembled the control remote, cleaned the potentiometer, and attempted to rewire it. I am not sure if I have it wired correctly currently, but that is only part of the question at hand.

In the meantime, I found this thread in which is listed very similar issues to what I have having, as well as some possible fixes, none of which had to do with wiring issues.

Currently, after having re-wiring the remote, the power indicator LED turns on as soon as the system is plugged in, and gets dimmer as the volume is turned up. I am not sure what exactly would cause this, as some of the issues mentioned in the other thread are faulty transistors, capacitors, and potentiometers, all of which I plan on replacing soon.

So, my question is: What would cause the change from no LED to always on LED that dims as the potentiometer is turned? Am I wasting my time with replacing components?

Also, if anyone knows the correct ordering of the wires in the remote, that would help immensely.

I am mainly commenting on it this to try and get back to it. Your LED is growing dimmer because something is drawing current away from it's source. Could be a short or a hungry capacitor. That thing has some big electrolytic capacitors in it. They can be dangerous. Any you go to replace will need discharged prior to removing them with a 20k OHM 5 watt resister, you can find out more on google. They should be flat on the top. If you see any with raised tops they probably all need replaced. Usually when transistors blow they look deformed or leave burn marks around them. When ICs over heat the heat unusually discolors the board around them. These are all things you can visually inspect to see if you find a problem area on the board. I have not had a chance to look for schematics or anything, yet.