I have the original model PS4 and after years of gaming, the fan went out. Ordered a new one on Amazon... I’ve never taken apart a PS4 but I’ve taken apart and replaced / fixed things in earlier consoles with no issues so I figured this would be relatively simple. Of course the PS4 demands that you dissemble the entire console to replace the fan. While doing so, when I get to the part where you disconnect the power supply from the motherboard, I could not get it off!!! I pulled and pulled, no luck. I gave it one last final hard tug and the entire connector just pulled off, fantastic.

When I say that I’ve fixed consoles in the past, that isn’t me telling you that i have any idea how to solder it back on. And would that even work? I know it’s an older PS4, do i give up on it and purchase a new one? Or is this something I can fix myself that isn’t incredibly difficult?

Here’s what I’m talking about.

Picture of the connector 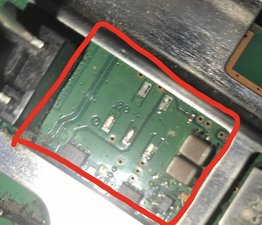 Hey Ashley, So I think your options are, find a repair shop that has a soldering technician, go to your local hardware store and get yourself a solder gun for small electronics and watch some youtube videos, or buy the new playstation. If it was me I would try to learn some soldering.

Some of the researching I’ve done for soldering this back on say that it may not even make it work again. I don’t mind purchasing an electronics soldering gun if the success rate for this is heavily in my favor... But i definitely don’t want to continuously drop money on something unfixable if I’m going to have to end up spending $300+ on a new console. I have 0 experience in soldering, is it fairly straight forward?

Sorry for all the questions. Just kind of stuck between what I want to do.

You can send me the pics and I will know if it's tough job or not.

Yeah I think you can handle it! I solder all day and can tell you from the picture that it would be an easy job. do some self education and maybe practice on some old electronics, thats how I got started. If you buy a soldering gun you will always have it to fix stuff in the future. Definitely worth a try before you buy a new one.

looking a the picture if you solder it right and good then it will definitely fix it. One more thing, just try not to melt the plastic connector or you'll half to order a new one put still much cheaper than buying a new one

Thanks so much! Is this job just melting the metals back together or is it going to require me stripping the metal back to locate a wire? (Sorry if that question sounds silly, i just have no experience) lol

The only way to fix that is soldering it back on so there isn't any other fixes. About soldering it isn't hard. If you could provide me with some pictures that would be awesome. Pictures of the plug you pulled off and the plug. When I get the pictures I can say if it's a easy job or no.

I updated the question with some pictures

This should be an easy job even for a rookie in soldering. So I say go for it. But don't buy expensive soldering equipment if you are going to use it just this time.

Thank you so much! Would i buy a soldering iron or gun?

I have an Iron. And also started with iron.

Sorry for my terminology, definitely an iron. this should help a lot https://www.youtube.com/watch?v=UpVx4wGu...

That's my problem how to do get it fixed