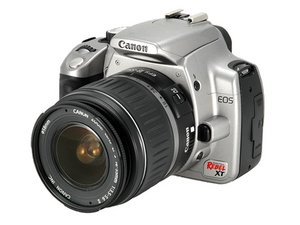 Canon's Rebel XT is one of Canon's early entry-level DSLR's. Also marketed as the EOS 350D and the EOS Kiss Digital N. 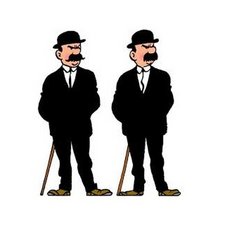 I've bought a 350D with a broken cf card slot (snapped and broken pins) with the idea of just replacing the CF slot. However after I've opened it up it looks like I will need a whole new motherboard as the CF slot is built directly onto the motherboard.

I think my best bet for getting the new board is buying another camera spares and repairs off ebay as long as the CF slot is intact. I've found a few although most seem to be spares/repairs because they don't turn on. One in particular, the guy says it has been sat on his shelf for ages unused and now it just won't power up. He's tried removing both batteries, turning it on, leaving it then off again to revive it but it still won't work.

My question is - is there any way to tell if the motherboard will be ok on this camera? Is the no power issue often caused by something else? I'd have thought there should be more chance of it being ok in this camera since its only been sat on a shelf.