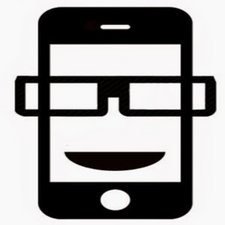 Phone connects to iTunes and Photo app but stuck on Apple logo!

Ok! ,,, In the 10 year of repairing iPhones I have never came across this weird issue. So I got an iPhone in today. when powering on, it shows the apple logo but will not go to home screen. You can tell the phone boots up since iTunes recognizes it and asks to unlock to access. So I figured its a software issue and first tried to update to preserve data. Still same thing.. Other methods I tried....

After you successfully restore from recovery mode or dfu mode, still stuck on Apple logo?

I've seen this problem many times now. Please note, if you're having this issue on a phone that you were repairing, this is not likely the same situation. This problem is not related to cheap screens, damaged home buttons, or damaged front camera flex. I've been fixing phones and computers since long before the iPhone and have repaired tens of thousands of iPhones. This is the weirdest issue yet. I am yet to find a consistent solution to the problem. The phone is definitely running as the home button will vibrate when pressed. I'm working on one right now (iPhone 7 Plus that's never been opened or damaged), and I've managed to get it to turn on by unplugging the battery, unplugging both screen plugs, and then only plugging the long screen plug back in. It didn't boot right away. It seemed to hang at the apple logo for a bit and maybe even rebooted once or twice. It's now running and data is recoverable (main reason for this customer bringing it in).

This may or may not work for other people. Please let us know either way. I've found in the past that this issue is most likely related to Apple built in system check with the iPhone 7 and ios 11. If all the system checks don't pass, the phone fails to boot. Since the phone is running but still at the logo, I would guess it's the underlying software doing the system check that's failing to respond after checking all devices.

When testing iPhone 7 screens, it's best to leave the short lcd plug unplugged. That appears to help the phone pass some of the system checks related to the home button and prevents the screen from having the weird touch issues and apple logo boot looping.

Hope this helps some people. Again, I don't think this is actually a long term solution to the issue. I'll post again after further testing on the current phone.

What about after the restore in DFU mode. When the restoring is in process does it show the bar with the moving line on the botton of the apple logo. Before you started repairing the iphone, was it working perfectly.