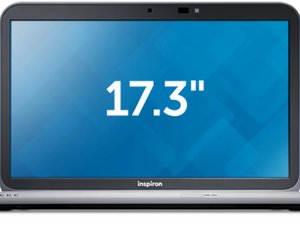 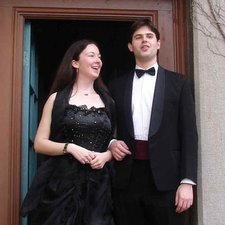 Is my laptop power failure fatal?

I my laptop is one of these: http://www.dell.com/support/home/uk/en/u...

I was in the middle of a game on AC power when it powered off instantly, as if it had been on battery only and gone dead flat.

Pressing the power button has no effect. No lights, no fan spin, no boot attempt at all.

I checked the power supply and battery were seated ok and all looked fine, but no joy.

I then went through various troubleshooting steps:

No effect, still no life at all. I had read that bad hardware could have been preventing boot.

I then noticed that if I plugged the AC adapter in to the laptop then removed it the voltage drops to 1.2 V ish and slowly drops down towards 0.

It looked like the adapter was tripping after being plugged in so I wanted to test if it was the adapter or the laptop. I rigged up a bulb as a makeshift load, about 20-40W draw and it lit fine and the adapter voltage was steady afterward.

This made me suspect a DC in problem or short on the motherboard as if the adapter was faulty I'd have expected to see it cutting out under my test load (since it does this even when plugged into the laptop with no battery to charge).

Finally I removed the motherboard to inspect it but can see no obvious sign of damage.

So, my own thought is that likely the mobo is dead and that possibly the battery is suspect too.

A replacement mobo is probably around £100 + battery but I'm hesitant to start spending money on it. Concerned that I could end up breaking new components if I'm wrong etc.

Did you do anything like spill something on it or drop it (This question applies to the actual power adapter too.) or even, did you try another power outlet?

There was a water spill some months before, but as far as I was able to tell at the time it was contained solely to the keyboard tray. I removed the keyboard, dried it and the laptop carefully and dehumidified both overnight. I had considered the possibility and was one of the things I was looking for when inspecting the motherboard. As I said though I can see no sign of damage of any sort. No corrosion, blackening, swelling, stains etc. Just dusty around the fan which I cleaned out before reassembling

Did you try a different outlet?

do you have a different PC you could use?

Here is a link to the schematics for your laptop (I think).

If you can follow circuit diagrams, hopefully it will allow you to do some rudimentary testing of the power circuits of both the AC input and the battery, to perhaps find the cause of your problem.