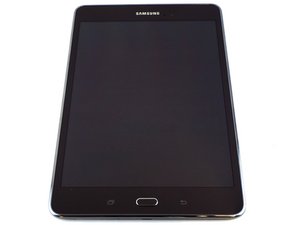 My Samsung galaxy tab a restarts randomly and when it does the battery is drained significantly. When charging it takes far longer than it's suppose to and sometimes it gets stuck on a percent and it drains quickly after a full charge . I already did a factory reset but still have the same issues.

I have had constant issues with my Samsung Galaxy Tab A SM-T350 as far as a reboot loop. The back of my tablet was getting warm near the power button. I contacted Samsung and they suggested a third-party app might be causing it. They said to reboot into safe mode (Make sure it is turned off and plugged in. Hold the power button and volume down until the samsung logo appears after the Galaxy Tab A screen, let go of the power button but continue to hold the volume down until it begins to load the home screen. You will see "safe mode" in the bottom left corn of the screen) If a third party app causes the reboot loop, it won't do it while in safe mode. Thats when you have to use the process of elimination by removing apps until it stops rebooting. I just did a reset with automatic restore disabled under backup and restore section, but after, mine began to do the reboot loop in safe mode.

I began noticing my remaining battery power would show 100%, but after a reboot loop it would show 80% or so.

I contacted Samsung via live chat and told them that I think I need the battery replaced as it was rebooting constantly on its own, and was overheating on the back. They agreed, and if within a year of purchase it would be under warranty. Mine is out of warranty, so will purchase a battery online and try to see if it resolves the issue. (Samsung, like all other companies do not recommend this)

I have had great success with Samsung products and customer service. I will continue to use their products.

I just replaced the battery using the steps this site provided. Excellent! My tablet works great now! No more rebooting! The micro USB charging port looks to be soldered in, meaning i will have to take the time later and use the soldering gun to remove it? The back still warms up, but after a lot of reading, it appears it is the CPU and i am using an app from google play called "Cooling" its a fan with a red dot in the middle of it. It works well to lower the CPU usage and cools my tablet