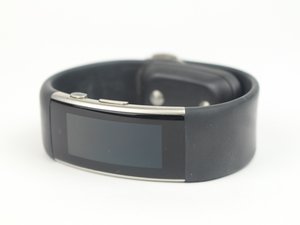 The Microsoft Band 2 is a smartwatch, released in 2015 that syncs to your phone in order to track exercise and activities.

Buttons on the side do not work, Battery wont charge.

As it says. I had by band for about three months. Then at one point. It just went off, buttons unresponsive. I powered it on, Pressing any of the buttons did nothing and the battery wont charge at all. Any ideas?

Hi. If your band is only 3 month it should be on warranty so you could write to Microsoft and they would give you a replacement. But I suggest you to ask for a refund. I had the same issue 3 times in a year. Everytime they sent me a replacement but the device keep failing. Now the warranty run out and the devices is broken again. I contacted them and they couldn't give me a soulution

Had the same problem with my Band 2 today.

Everytime I plugged it in, it started for a few seconds and I could use the touchscreen (not the buttons, though, as in your case). So I navigated to the cogwheel symbol then to the power down function and there I chose to factory reset it.

Now at least it says that it's loading while being plugged in (the white loading symbol shows on the black screen). I hope that fixed it. You might give it a try if you have the option to use the screen for a few seconds, like I could.

batterie forgotten to load and was empty, only display worked

I just had this problem and my band was outside of warranty so thought I'd try and sort it myself.

I just took the battery out and then put it back in and my band seems to work again now. Both buttons and battery.

Worth a try as it only takes about 5 minutes

Hi! (Sorry for my english)

I had the same issue. I got it brand new (my wife’s gift) I remember that I charged my MS Band2 before batery run out… then the first time I forgot to charge it, it shut off, charged it, turned on, set date, and when I unplugged it, instantly turned off and didn’t turned on again when pressing the buttons. Then I connected the cable to my band and only appeared the black screen with batery icon and a little bar blinking at the corner of the screen. Never came back to set up screen.

Let it unplugged for five months and I charged again (now the battery was completely empty) and a few hours later (almost 12 hours) the band came back to life again. Set it up, weared it, didn’t let the batery go empty, but after one week I forgot to charged it again and the band shut off. Charged it, display turned on, set it up, but this time when I unplugged it the band shut off, like if the batery was empty. I get it plugged and try to factory reset it, but the device didn’t let me do that. So I gave up for at least 1 year and then I gave it a try once again. This time I was unable to get it turned on, the same batery icon and blinking bar in black screen. I let it connected almost 3 days and at last, the band came back to life (the day I’m posting this answer). This time I couldn’t set it up just the band alone, it asked me to pair it to my phone to complete the configuration process. So I did it, and everything went okay. Then I took the advice of you people and factory reset it, set it up, but before app-band configuration process, I ereased in the Microsoft app all the data and the previous MS Band2 device that was saved previously. So It detected a new device and finished the configuration. Now my band appeared to be okay. I’ll let you know how it worked in a few days. 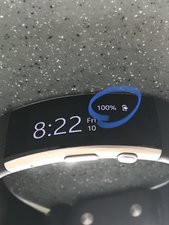