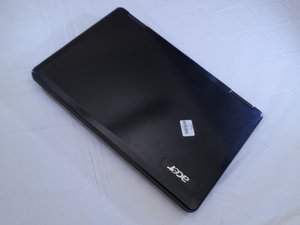 My laptop won't turn on?

my charger is working and plugged in, but my laptop won't turn on

1. Computer shows no sign of power at all. Try these steps if your computer will not turn on and is showing no sign at all of receiving power - no fans running and no lights on the computer case.

Important: You may or may not see a light on the back of your PC depending on the kind of power supply you have and the exact cause of the problem.

Note: Don't worry about the monitor yet. If the computer is not turning on because of a power issue then the monitor certainly can't display anything from the computer. Your monitor light will likely be amber/yellow if your computer has stopped sending information to it.

2.Computer turns on for a few seconds and then turns off. Follow these steps if, when you turn your computer on, it promptly powers back off.

Note: As in the previous scenario, don't worry about what state your monitor is in. You may have a monitor issue as well but it's not possible to troubleshoot it quite yet.

3.Computer turns on but nothing shows on screen. If your computer seems to be receiving power after turning it on but you don't see anything on your monitor, try these troubleshooting steps.

In these situations, the power lights will stay on, you'll likely hear the fans inside your PC running, and you may or may not hear one or more beeps coming from the computer.

This situation is probably the most common in my experience working with computers that won't start. Unfortunately it's also one of the most difficult to troubleshoot.

4. Computer turns on but stops booting during the POST. Use this guide when your computer powers on, shows at least some information on the monitor, but then stops for any reason during the Power On Self Test.

Important: If you're having an issue during the loading of the operating system, which occurs after the Power On Self Test is complete, see Step 5.

5. Computer turns on but an error message prevents the operating system from loading completely. If your computer begins to load Windows but then stops booting and displays an error message, you're best bet is to troubleshoot the problem based on the specific error message.

these steps were very clear and extremely clear. thank you so much

Follow the battery replacement guide for the Acer Aspire 5334-2581. It is likely that your battery has gone bad.