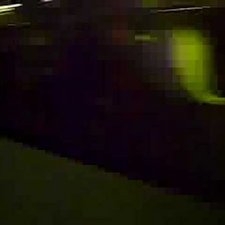 broke off the fan connection from the logic board

I know this is way late, but is doing the soldering yourself the only alternative to a logic board replacement? I did the same thing as OP trying to replace my fan last night and now I'm afraid to leave my 2010 MBP, for fear of heat damage.

I felt confident about my ability to do a hardware upgrade with the new fan, since I had upgraded to 16 GB of RAM and a 1 TB Samsung SSD recently. Both were easy to do and made it feel like I had a new computer for a quarter of the price. I'm making an appointment with the "geniuses" at the Apple Store, but has anyone already done this with the same problem? I'm terrified of the price quotes they'll give me. I know some third-party places I trust to do repairs, but I love my computer and would love to avoid buying a new one.

I figure the worst-case scenario would be buying a refurbed or good condition 2010 MBP so I can continue to use my RAM and SSD, but I just wondered if anyone has actually asked Apple what they say about this exact problem. Thanks in advance, guys!

As far as soldering goes this isn't the worst thing. I would call around to some local shops to see what they can do for you. There are also mail in services. Check with http://mendonipadrehab.com/ they are buddy buddy with iFixit and this type of work is in their wheelhouse.

if you haven't went to the geniuses yet, mke sure not to tell them you opened it. put what was in there originally back in there and pretend you dropped it.