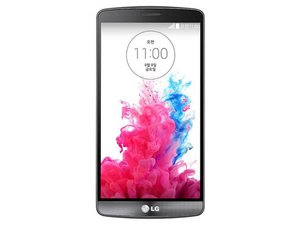 What is the black sheet on the lcd?

Ok, so firstly I broke my lg g3's digitizer and bought a new one and tried to replace it. After a few minutes I realized that that's really complicated. I separated the digitizer from the lcd and I think I broke the lcd in the process and now I have a question: what is the black sheet over the lcd because that's the part i broke and maybe just maybe I could replace just that and not the whole screen I wil attach a picture with it as I took it apart because it's already broken. 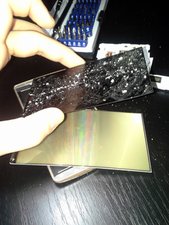 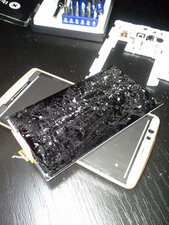 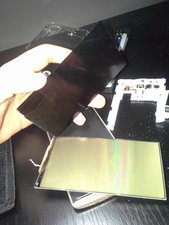 I thought it would be a lot easier.

Another question, can I change that half of the lcd?

or do I have to buy a whole new one?