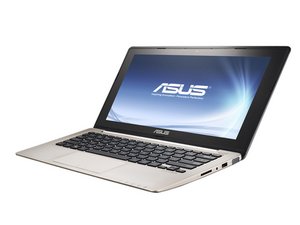 The Asus VivoBook X202E is a small laptop released in late 2012. It has an 11.6-inch touchscreen display and a 3rd-generation Intel processor inside.

Replaced the Touchscreen and controller, now it never works again.

I have an Asus Vivobook X202E, with a broken touch panel that i thought it would be easy to replace.. As I went the usual way of removing the old broken shards of the glass, no problem.

Got the new screen, tested it on the old controller, erratic mouse moving over the place. found out it was the sticky cover over both sides of the glass that gave it false readings, simple fix, removed.

then next day I spent the time glueing back the new panel in, putting the system back together, and no response from the touch screen, thinking I didn't plug in the device, popped it all open again, nope everything is good..

So I used the 2nd and the broken 3rd panel I have to see if it was just would respond again. No go. I ordered a 2nd hand controller for the system, thinking I blew it with static or something, still no go.

Went looking at all plugs and sockets to see if there is any damage, nothing I can see, only the oddity of the pins in the socket, for the little tiny wires, looks to be facing up, but the plug looks to be provisioned for this, it looks to be little blades that come in contact with the plug. could be wrong, may of had 1 to many connections and all the pins just bent up.

What am I missing? doing a little reading, I came across on here "a micro fuse may have blown" with pictures locked away in dropbox accounts, or some just 404'ed never to be seen again.

So does anyone have an idea on what may of happen? was it my fault with the socket? did the fuse blow? static discharge fry the controller on the motherboard?

If someone could show me some photos of the mysterious fuse and the socket on the daughterboard, it would be Great!