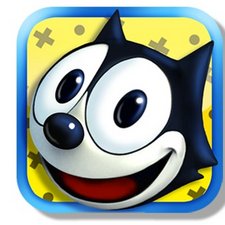 coffee grounds into the area where the K Cup is

HI. I have had same problem with my Model B60 refusing to close.

I'm not sure what happened with mine, but I ended up forcing it to close.

DO NOT DO THIS

Check near where the silver handle used to close on the K Cup is attached to the machine. Mine has 2 screws on the underside of the silver-colored handle which were loose. They're located on underside of silver-colored handle which is used to close the machine to brew - very close to where handle attaches to the unit. Look for one screw on each side of silver handle - my machine has screws that required screwdriver bit CRV-T15.

Possibly these or some other screws have become loose not allowing things to line up properly & close completely.

Also, I looked carefully at the photos posted by both schmick & @oldturkey03. I noticed schmick's photo of the needle on the top (center photo) appears to not have a black rubber washer or seal or whatever it is called, which I can see in photo posted by @oldturkey03 (3rd photo from top - 2nd to the last of photos-from top to bottom)

Hope I helped somebody

My Keuring Model B60 is currently spewing coffee grounds into K Cup area & a little into the cup, but still brews.

Not sure, but, I think my problem might be the following: After it refused to close & I forced it to close it brewed but grounds were in cup & in machine. I adjusted the silver-colored handle - screw had loosened. I also removed the black rubber washer or gasket. I wasn't sure which way it went when I replaced the black rubber washer-thing, so I'm hoping it's upside-down????

Anybody have any ideas?????

gumbypokey1960, it could be possible that this is caused by reversing the gasket. Take a look at this guide step 2 for a proper positioning of the gasket.

Hi, there. You're quite knowledgeable about these wonderful coffee brewers.

I think your're right on the money. After I located this cool site, I checked the black rubber gasket thing on the top part that closes.

It was upside-down when compared to your helpful guide on cleaning out the Keurig.

I flipped it over. It still leaked grounds a bit. Remember I stated how I had forced the silver handle on my Model b60 down when it refused to close completely.

I found the 2 screw on each side of the silver-colored handle were loose, so I tightened them. I must not have had everything lined up properly, because it continued leaking grounds, but not as many. I then, after reversing the black rubber gasket it leaked very few grounds, I then loosened the 2 screw back up to adjust the position of the handle when it closes, hoping all would line up.

After the minor adjustment & reversing the gasket, it doesn't leak grounds anymore.

Thank You Very Much

YOU ARE PROBABLY GOING TO HAVE MORE PROBLEMS.... THERE IS AN EASY FIX ON EBAY FOR $3 AND IT'S GUARANTEED. The coffee is bubbling up and out of the K-Cup because it's not draining out properly and/or there isn't enough pressure on the K-Cup lid to keep the seal pressed hard against the foil top. The ebay fix-it-kit solves both of those problems and it works!