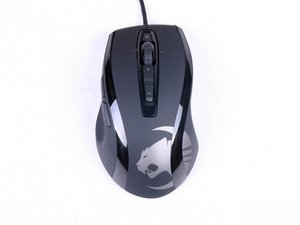 My mouse recently broke, right under the left click

My mouse's left click is f*cked to say the least atm, there is a little bar that goes out from under the left click, leads down and click the actual button... heres the problem, that pillar sheered straight off at the bottom of the left trigger and i have tried everything from superglue to epoxy, nothing seems to last longer than 5 minutes.

If I'm understanding your issue correctly glue isn't the answer. You can grab those switches all over the place and you will need to desolder the old one and replace with a new. It's pretty easy if you have a steady hand and a soldering iron. If you do a search for OMRON micro switch that is what the KONE XTD uses for the primary click switches.

Hmm the site seems to have eaten my previous answer so I will try again. The KONE XTD uses OMRON micro switches for the primary mouse clicks. You need to desolder the old one and replace it. Fixing the switch itself is folly. Just grab some new switches for next to nothing and replace it.

But most of them are the cheap ones just hold up to 5 Million Klicks called D2FC-F-7N. You should buy new Omron switches or solder them out of another mouse. Be shure to choose the better switches with (10M) or more as example: D2FC-F-7N(10M). You can use the switches from a broken mouse it doesnt matter, simply solder out the Omron switch of the right mousebutton, because its not so much weared out as the left button.

You can also use the Omron switches from the other buttons inside a mouse, but be aware that those are not made to hold as long as the left/right mousebuttons.

In your case its maybe good to buy a broken mouse from ebay etc. and mix the good parts of both mouses to a new mouse :D i have done this a few times, its cheaper than buying a new one.

Its quite simple, most of electronic parts have a limited lifetime. The manufacturer put such stuff into the Datasheet of parts. So its clear for the guys who solder this into your mouse and other devices.

But Sellers like Roccat “miss” sometimes to write this info into description …. (your mouse will just stay a live for 3 years, by daily usage of 8h ) i mean thats also not a good argument to sell a product. If you want a mouse that has more lifetime, than only buy those who explicit have as example 50Million Mouseklicks in description. But also there you should be aware that this just means that it could hold up to 50Million Klicks for the two mousebuttons. All other parts are not meaned! The Middle Mousebutton as example in most mouses is often just a cheap part holding for ~200 000 Klicks

Also a accidentally slopped drink on your mouse or very wet weather/climates in your room (above 70% humidity) can cause corrosion in the mouseparts (switches) so they do not work properly. You can clean them but thats very very tricky, so that it is better to solder broken buttons out and put new ones in.