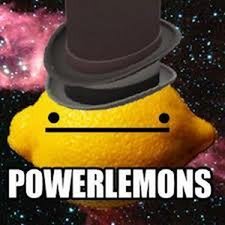 How to remove the battery in the iPhone 5/5C/5S easily?

I have seen many tutorials online on how to replace the battery, but it doesn't show how to remove the battery itself easily.

Has anyone here found a solution to removing the battery of the iPhone 5/5C/5S easily, with no hassle and no risk of damage (if done correctly)?

iPhone 5 batteries are relatively easy to remove, as the adhesion is no where near as strong as the 5C and 5S battery adhesive.

A simple spudger under the left side of the battery is enough to remove them, never do it by the logic board as this can cause pry damage.

As for the 5C and 5S, you have to pull the tabs real slow so they don't tear, pull them at an angle towards the edge of the housing, and not straight up, you then need to go around the battery, once past the corner of the battery, it's usually smooth sailing from there.

Should the tabs snap, there isn't a majorly easy way that I know of to remove it, I've tried a heat gun on the back, but for me, doesn't really make it that much looser, and you can't do it too much on the 5C due to the plastic housing.

I've heard of people using plastic cards to do it.

Dental floss is pretty weak, you could try molybdenum wire, as this is extremely thin, yet pretty strong, and is used for removing the adhesive under the glass screen on samsungs and iPhones, I've never heard of anyone doing it that way though, you'd probably have to be really careful near the lock flex etc.

so if you tried that and it was successful, let me know.