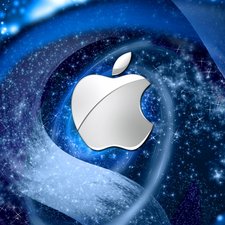 What could be causing major screen distortion?

My PB is not happy. At random the screen gets very distorted. It starts off with flickering horizontal bands that push the dock off the bottom of the screen, and then grows until the entire screen is a flickering mess of whatever colors happened to be on the screen.

Also, at times many of the pixels of the screen will turn green, highlighting parts of an image much like it is trying to display the wrong number of colors.

I have tried resetting the nvram, which doesn't seem to effect anything. The distortion does not show up on an external display or on a screen shot. Hardware tests have not turned up anything.

It is hard to know if it shows up when running on startup disks because you never know when it's going to happen. One minute its fine, the next you can't use it, and the minute after that it will be fine again.

My suspicion is that it's a problem with the display cable, but I'm not sure.

I replaced the display cable and that seems to have worked.

does the display work when you hold it a certain way, or more specifically do you notice the problem when the display is moving? It's likely the LVDS cable; I have numerous PowerBook with that problem. It's an easy, but somewhat tedious fix. Try using an external monitor, and see if the problem ever happens on that.

The problem does not change with the position of the screen. Here's a video of what it looks like. http://www.youtube.com/watch?v=hmkZFEtae...

The distortion does not show up an an external monitor.

I just found that giving the bottom of the laptop a good whack temporarily clears up the problem .

Giving it a good whack is what will also break something else, and will ultimately make the problem permanent, and also will very likely permanently harm the hard drive,'