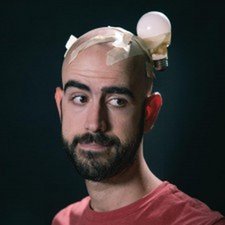 How can I get my fan speeds under control after SSD upgrade?

Mid-2011 Macbook pro here. I recently upgraded the hard drive to an SSD and now the fans are going full blast all the time.

I understand this has to do with an proprietary sensor in the stock hard drives. What's the best work around for the fans issue?

To start with the MacBook Pro's (2.5" drives) don't use a proprietary thermal sensor in the drives.

It was the desktops (iMac's) which had a pre-standard setup. Apple went to the standards group to lobby for an update on SMART services so it was consistent across all vendors HD's. Sadly, the timing was not the greatest as Thailand had just had a major flood which wiped out a lot of the HD assembly plants. Forcing Apple to wait to get the standards updated which messed them up.

OK, lets get back to your problem here:

It sounds like you have a sensor problem. Lets see if you can get a clue which one by running this: Temperature Gauge Pro. Take a snapshot of the screen and post it here for us to see.

OK, as you can see all of the thermal sensors are working and while some are on the high side they are still below the threshold of putting the fan's at max which is what they are going at.

This is not good... This points to a SMC logic issue.

At this point you'll need to open up the system up again to gain access to the logic board. looking at the fan connectors. Carefully reseat them. Did anything change?

Make a good inspection of the logic board do you see any staining or anything burn't? Did you at one time get your system wet? When you replaced the HD with your SSD did you think you might have zapped the system?

If the above two things didn't alter anything I think you zapped the logic board. While its possible to fix the logic board most people don't have the needed skills or tools (or parts).

At this point its time for a new logic board. Sorry ;-{

Thank you for the explanation, Dan. Here is a screenshot Temperature Guage Pro. https://dl.dropboxusercontent.com/u/1864...

Apparently the computer is running very hot for some reason.

William can you please repost as I get an error opening it up.

Sorry about that! https://dl.dropboxusercontent.com/u/1864...

There is no thermal sensor here. I think you just have the bad luck of having had a sensor go out as you did the SSD upgrade.

Or the laptop is filled with dust. Both are possible.

Find ASD 3S144 and tell me which sensor gives you an error and we can work to figure out what is wrong, otherwise you are 100% guessing and will never find the cause of the issue. The drive has nothing to do with the sensors in this model.

I would run GPUtest to kill your GPU so Apple replaces the board before the repair program for these runs out February of 2016. Your board is 3 years old so the chip is very close to dead. Apple will not be covering these after February 2016, so I'd do everything I could to get the board replaced by them before then. It won't be a better board, but it will be one that is "newer" than yours with less mileage on it so you can at least squeeze another few years out of it.

Thank you for the recommendation. Can you explain further about the GPU issue? Is this something that would be covered out of warranty?

I upgraded my MacBook Pro early 2011 this weekend with a Samsung 850 Pro 512GB. I followed one of the many online guides that talk about Carboncopy to copy your configuration on your HHD to your new drive and then you just have to swap them.

After I did this, I noticed that the fan started to blow for anything that I started. Just opening a webpage was enough. I cleaned the fan and indeed found a bunch of dust collected behind the exhaust of the fan. That must be it, I thought. But after starting my computer, it started the fan again quite soon.

Then I restarted my macbook via the old HDD on usb. Silence as I was used to before.. no fan going nuts on anything I started. So I created a bootable USB stick for a clean install. I have not heard the fan ever since. Only in cases that are normal because it requests more of my MacBook.

How does one create a bootable USB stick? Could you explain? I just installed a Samsung 850 pro eve on my mid 2010 macbook pro 13'' and fan is going nuts. Thanks!

Take a look at this: How to make a bootable OS X 10.11 El Capitan installer drive

Thanks Dan, I am trying that now. So Marco or Dan, can you explain how I go about doing a "clean install" as Marco says? Is it that I do a re-install of just el capitan or the whole hard drive? Just looking for clarification on Marco's technique for getting the fans to slow down. Thanks!

The root issue here is the fact the act of cloning the image from one drive to another also carries with it all of the defects and data structures which are not compatible with the new drive. So we want to scratch the drive down: reformat it, setup a GUID partition map & create a fresh partition using the USB thumb drive's copy of Disk Utility (all of your data will be wiped from your drive). Lets see if you can recover this drive first before worrying about moving your stuff.

This time you'll use the installers Migration tool to copy over your user accounts, apps & data from your old drive over to the new drive. Here is the Apple T/N that explains it: Move your content to a new Mac it's the only way I do it now! I've been burnt to many times trying to use 3rd party apps or cloning tools.

You can use the migration tool at the end of the OS install (it asks you if you want to run it) or you can do it later. Lets do it later after you have updated the OS with the latest updates and you know the system is stable. If not you'll need a new drive, but I suspect you'll be OK though.

Awesome, Thanks Dan. I got it all figured out now and the fan is working just like it used to.

I know this thread is more than 3 years old, but I have the same fan issue in my ancient 2011 macbook after upgrading to SSD and restoring with Time Machine. Im planning to use the old drive as a secondary drive in a caddy, it still has all the info in. Can I boot from it, format the SSD, install a fresh OS to fix the problem, or do I have to do it from an USB anyways?