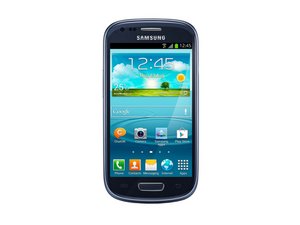 Why does my battery die so quickly on my Galaxy S3 Mini?

The battery on my Samsung Galaxy S3 Mini dies a lot faster than it did when I first bought the phone. Do you have any tips on how to make my battery life last longer? Do I need a new battery?

You may be using many of the applications and features your Galaxy has. By turning off some of these applications or features, the battery life can be extended. If that does not solve the problem, you can see the Samsung Galaxy Troubleshooting Page for help on closing applications or possibly replacing the battery.

I experienced the same behavior after a year and a half of usage of my s3 mini.

After some research and testing I found 2 reasons for this.

1. The main reason was that the battery was gradually holding less charge, so I decided to replace it with a cheap 1900mAh non-Samsung replacement, which turned out to be a bad idea....It worked ok for about 2 months but then my s3 would start randomly rebooting when the charge was below 75%. After some checking with a battery monitor app I found that the voltage was dropping below 3.0 volts (normally it should be running at between 3.5-4.0 volts). So I bought an original Samsung replacement (1500mAh), and this really made a big difference.

2. The second reason for faster discharging compared to when it was new is that a whole lot of apps are running in the background. I set my wifi advanced option 'keep wifi on during sleep' to only when plugged in (to a charger), which does help, and I only enable mobile data (3G) when I really need it.

This has definitely restored my battery life back to normal

Batteries do not last forever so I would consider replacing it.

I am involved in a Sherlock Holmes puzzle and looking for people to help. In December 1988 an attractive young blonde lady resembling The Sun Page 3 model Ruth Gordon was seen getting into a taxi outside the Hippodrome nightclub on Charing Cross Road. I would like to know if anyone in Lancaster especially Ellel Grange ever saw a similar young blonde lady during 1988? I can be contacted at www.1965rd.webs.com

What does this have to do with the problem above?

Why is this a problem?