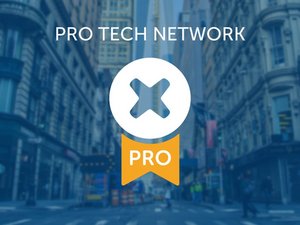 We want to make it easy for people like you to start their own businesses. The Pro Tech Network empowers repair technicians with free online repair guides, business development wikis, marketing tools, and a vibrant community of repair businesses online. 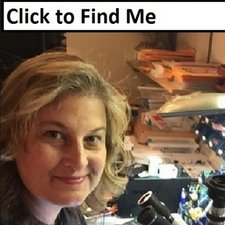 What repair tip/trick have you learned lately?

Here at the Wireless Repair Expo I just learned about iFixit Pro--LOVE IT!

In our own silo's, we all make tiny discoveries in repair everyday. I'm sure you've learned a lot of things 'the hard way' and I'd love to hear about them.

What little tip or trick have you learned lately that has really made a difference in your approach to repair?

Using Methanol to loosen glued in batteries works very well and eliminates the need for hours with a heat gun and putty knife.

I absolutely despise the glue that Apple iPhones have!! How do you get the methanol to loosen glue? On the tip of a splugder?

I put it in a syringe with a needle and squirt it in.

Summer of 2017. iFixit has now officially discovered this except they use acetone, so all the guides have been changed.

I've been doing repair for awhile now, and can't believe it took me this long to figure this out....

In treating customer water damage, the display will often have white spots from liquid trapped in the layers of the backlight. In the past, I've just switched out the display and the customer then has to pay for a new screen in addition to the water damage repair.

Last week my pea brain realized that I could just pull the backlight off the wet screen by desoldering the little backlight flex on the screen assembly, and then switch it out for a perfectly functional backlight from my pile of cracked screens. This was very straightforward, and for my customer's 5S, it really helped to keep the cost down on her water damage repair.

I'm sure most of you guys have been doing this for years, so it is hardly news----but, what is your "pea brain moment"?

Hmmm, nothing but crickets in here. I guess I'll just talk to myself.

I learned that long time ago when I ordered parts undistinctively.

The front cam assembly of an iPhone 5 can also be ordered in well, dissassembled form, then play Lego :) No money savings there, though...

If you've been in this business for a year or more, you must have noticed by now the ratio of iPad 2's with LCD color problems compared to iPad 3-4-5 altogether.

9 out of 10 times, I need to clean and reseat the cable ON BOTH ENDS. 1 in 10, the cable needs replacing. 0/10 I actually need to replace the LCD because of the blueish or reddish hue.

I've stumbled across a dumb one today, not sure how many know it. So here it is:

But today I received an iPhone 5S with severe water damage.

I removed the screen, disconnected the battery, and took out the logic board. Once I started the water damage treatment on the board, I went on to remove the lightning dock connector, to clean it. Then I said why not remove the battery, since I'll probably need to replace it. So I pull out the adhesive tab, cut it in half like instructed by iFixit, and accidentally pull on it straight back towards where the lightning connector used to be (instead of around the corner). The adhesive tab came out entirely, without hassle.

I tried the trick on the 2nd half of the tab, and it also came out in 1 second.

I was happy like a child with a new toy for having finally cracked the adhesive tab trick of the iPhone 5S battery!

Let me know if many of you knew that trick (or not), because I feel really dumb for not having figured it out before, and I'd like to know where I stand! :)

Now let's hope I'll be able to successfully repair that water damaged board :)

I too discovered that pulling the adhesive tab straight out on one side did the trick. The second side required pulling out along the side as shown in the video. This on a 2.5 year old iPhone 5s.

Its funny I just watched that video and they have changed it from pulling up to you guessed it pulling straight back toward the lighting connector. Just thought I would let y'all know!

I learned this earlier this summer:

I also learned, at the same time, that there are two different kinds of daughterboards and you have to have the correct one for the matching optical drive.

Galaxy glass repairs, paint a border of LOCA at the top and bottom and set with the lamp, couple of layers. This will create a seal better than tape, so you dont get any leak into the camera lense/home button area.

Duane, what do you mean put a top & bottom layer of loca so you don't get the camera lens and home button area.

Great tip! I only use loca on edge screens (and S8), but I tried your tip and it worked great. saves me 15-30 minutes per screen.

iphone 4/4s screen replacement no need to unscrew all the side screws off the frame of the iphone. just loosen and take off the four corner screws.

when taking of standoff screws and wanting to put back they can be a pain ... use the spuder tip to start threading them and finish off with a flat head..

have the right tools out in arms reach , if you know your going to need it have it in plain sight... trust me sometimes you get so eager to start the repair and sometimes you forget that spudger in the drawer..

ipads digitizer only , DO NOT BE AFRAID TO USE HEAT .... i use a rework station with a tip to just focus it on the border so i dont worry about hitting the lcd. trust me heat is good... if you use it the right way.

iphone 6 screen assembly replacement- you may get the famous mic not working on speaker phone moment.

it took me a while to find this one out i felt stupid.. when transferring over the front camera / mic flex and reinstalling on the new assembly most the time there is pre istalled adhesive that holds down the microphone... well the hole on the adhesive sometimes does not line up i usually just use the spudger tip to make the hole on the adhesive bigger to make sure the microphone hole is not covered up by it.

im sure most of these are common sense but hey you never know...

ps this is first of many posts for me

Found this by trial and error with iPad 2 backlight not working.....I have often had a very faint image on the LCD screen after switching motherboards.

EUREKA moment !! Take the board off the battery contacts momentarily and usually the screen lights up in wonderful technicolor on the new contact.

It's only my humble guess but maybe it discharges some static or makes a better contact second time around but it sure beats having to repair the board.

You're power cycling the iPad. Did you try rebooting the iPad instead (power+home button for circa 12 seconds)? If not, try it and let me know if it helps.

I have upgraded many Dell Inspiron 1545/1525 to SSD drives. It can be quite difficult to get the 7mm SSD to meet the SATA connection due to the angle it is at in the old 9mm space. Fold a piece of A4 paper twice length ways and then make three or four 2cm folds to create one fatter end. Place the fatter end on the keyboard side of drive and slide both in. Then pull out the paper whilst holding the drive seated and voilà. You could attempt this with any notebooks which have side loaded hard drives. Good luck

Most SSD's come with a spacer for this very reason. Usually you just put the spacer between the caddy and the drive and then it will line up with the connector correctly. But you don't remove the spacer afterwards.

I've learnt dont be too Ocd with repairs in an effort to make my ic work neat and tidy I went to extreme lengths to try and get some of that rubbery stuff apple use all around iphones, I couldn't find it so I mixed glue with dye and made it look like it's never been touched not a single scratch on the board looks lovely... did a couple of iphone 6 Tristars then the customers plugged in the same chargers I asked them not to use lol gosh was a nightmare removing my own glue

P.s I know this is a really old post but still

Im really really new (in my opinion) and pending my studies..yet been doing some basic repairs for a year now...and i must admit...the battery removal method you describehere has worked for me since day one and i completely agree wrt a tool designed for this method...i wont change my chosen method....completely comfortable.

One that i have done quite a few of lately was drop damage iphone 6 and 6 plus with no touch. Customers come in for screen replacement of course. Most of these are touch IC chip issues and after talking to a friend with 1 way they did it, i decided to try my own method. Sure enough aside from 1 6+ that was bent pretty badly, all the others that i reflowed the the touch IC chip were recovered with no issues.

Learned this while replacing the digitizer connector on an iPad mini board:

It's a LOT easier to remove and replace SMDs that are in the way during board work, rather than trying to maneuver around them with your iron.

Also, to avoid having to replace (lego type) connectors on boards: first, press down gently on the FPC connector and rock it a little to create a little movement. Then, lift from the smaller side of the FPC connector. I was replacing quite a few board connectors before I learned this.