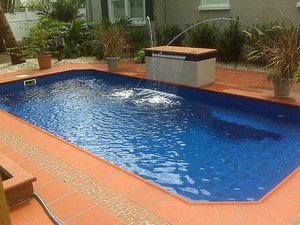 A swimming pool is a container filled with water intended for swimming or water-based recreation.

I have an aquabot pool cleaner and pump motor stopped working. If you disassemble it the oil inside runs out. I really only need to know what type of oil to use to replace it. The 35V motor has 4 capacitors to jump start it. I have replaced the capacitors once before in my own machine without loosing the oil and reusing it. Successful long term repair accomplished. This one is a relatives of mine who lost the oil and I don't want to replace capacitors, only to ruin successful job by putting the wrong oil in it. Does anyone know what type of can be used in this motor?

I am looking for the o-rings or gaskets for my aquabot drive motor. I repair termimals and broken wire but it leaks from the terminals. Please help

Did you check the link pointed out in the accepted answer?

Proper lubricating oil is good to go. If you need suggestions or service on this please visit a website https://www.hammerheads.ae/

I have a robotic pool pump, part number AS00035R and it has stop functioning, I was going to replace the entire pump, but looking at some of the previous comments, it appears this pump can be dismantled and repaired? Never have done this previously, how hard is it to perform? I'm worried I will ruin it by doing something wrong. Any advice?

Here is a link to a repair guide for the motor that tells what oil is used. Good luck. Ralph

As far as replacement oil for refilling the motor, I have used compressor oil quite successfully for refilling an Aquabot DRIVE motor. Compressor oil is available at most local hardwares like ACE or TRUE-VALUE. It should also work well in the AQUABOT pump motor

It's very important to take note of the connections of motor wires to each end of the capacitor loop, I believe, or the motor might run backwards. I'm no electronics expert, but I can copy what the manufacturer did, which is what I did. The caps have + and - ends, but in my circuit I found + to + connections, and I found - to - connections. The caps seem to have arrows drawn on the side to indicate flow and I just match up the arrow flow the same way it was before I take it apart. I call the arrow point end + and the end away from the point - . As far as the values of the caps, that is printed on the side of the caps inside the motor. I've done two pump motors now successfully, with slightly different values because of age and design, but both Aquabots. One, ( the older one ) had a printed circuit board that the caps were soldered to. The newer one didn't, but it had slightly higher value caps encased in an epoxy resin that you have to carefully remove them from so you can still read the values and + or - connections in the loop. Try WD40 to loosen the resin hold on the caps, it helped me. I've noticed both motor's caps had the same voltage (35V I believe ) while the older one's micro fad (uf) value was 435 and the newer one was 480. I bought them on ebay in an electronics store. I hope this helps.

If you are unable to repair it yourself I recommend contacting HMS Plumbing for well pump repair Manassas, Va.

Trying to find out how to repack bearings in an impeller connected to an eletric motor for my pool filter. I think all I need to do is repack the bearing to stop the squeeking it is making.

I have replaced the bearings in my pump a few times over the years. Bearing are fairly cheap $5- $10 each its the seal which I always replace at the same time that costs about $20.

Note, I would be surprised if you could repack the bearings as they are all sealed type now.

Aquabot uses a food based lubricant, Canola Oil, for their pump motors do not use motor oil of any kind it is too thick and will break the motor. You have to change all the seals, shaft bearing seal and case seal, since they dry out after a couple years of use, or you will have Canola oil in your pool after it leaks out from using the old seals again. Don't take any chances. The main failure of these motors are the Capacitors in the motor housing.

Thanks for the info on the caps. I took my motor apart,and sure enough one of the caps was blown open. Mine are 470 UF rated at 63V.

I have to disagree about the oil, I do not think it is Canola oil. It is a special dielectric oil that is highly electrically insulative. They use it to transmit the heat from the motor to the pool water. It is used alot in pumps like sump pumps.

fix board cpb. If it comes to the pump and It has more power for your pond.