Fourth generation iPhone. Repair is straightforward, but the front glass and LCD must be replaced as a unit. GSM / 8, 16, or 32 GB capacity / Model A1332 / Black and White. 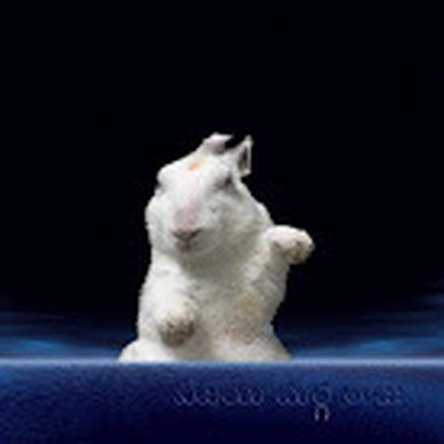 I am Vijay from India. I need to buy an iPhone 4 Display assembly, as mine is broken, and I need a genuine part. In the past I've worked in an Apple authorized service center, and yet there is no chance of replacing the display assembly—Apple still doesn't allow India to replace the display assembly for iPhone 4. So I've searched online for a display assembly that matches at least nearly to Apple standards. I have my doubts, as I had worked in Apple and I know that Apple doesn't sell a single screw to any one but its own service points, with proof that the parts are going to local Apple customers only. That means in India you will get the service for Indian-purchased iPhones only—if you buy from AT&T for example, you can't get Apple authorized service in India.

So my question. A lot of sites claim they have OEM and original Apple parts, but I know they're just selling copies made in China. Are the knock-off duplicates any good?

I mean are iFixit parts reliable as original Apple parts, and do they perform with quality equal to Apple's?

The only ways to get original Apple parts are either Apple has to sell them or we have to salvage from another good working genuine Apple iPhone or Mac, etc.

All the iFixit users who bought parts from iFixit, please clear my confusion. I've seen many sites, like applepartsstore.com, iphone4parts.com, appleipod.com, etc., and read in forums claiming iFixit parts are just China-made with good packing and it worries me.

Any user who used iFixit parts and original Apple parts, please clarify me that iFixit parts meets genuine Apple quality or at least that these are the best among the billion copycats.

I like iFixit. I am a serious reader since 2005 but registered only this year. I am willing to buy parts from iFixit but my skepticism is stopping me, and that is why I am requesting all of you who used iFixit parts in their Apple devices please tell me about the quality.

I bought 2 ifixit iPhone 6 batteries about 6 months ago. Recently, they have both become swollen and unstable (the iPhones both power cycle).

I have purchased 2 iPad touchscreens. The repairs went fine and the devices worked perfectly for a while. After a few weeks both touchscreens developed the same problems. IMHO the parts are inferior because they both developed the same (overheating?) problem after a few weeks. Touchscreens became extremely erratic weeks after working flawlessly Save yourself some headaches in the long run....send devices back to apple to be replaced with general OEM parts. I won't be purchasing iPAD touchscreens from ifixit in the future.

Definitely not! bought iMac power supply unit for i think $170 and guess what, it blew up after 7 months from purchase but they give only 6 months guarantee, so im stuck with cheap Chinese part which they sold it for me as high quality :)

iFixit are cheaped parts. I buy a iPhone 4s iFixit Screen and are lowest quality the colors are not the same tan the genuine original iPhone screen

Vijay - You raise a good question here on where the parts come from from all of these online sites.

So lets break them up into groups so you can see better what you are dealing with:

So there you have it a rundown of the market now the tough part can you tell who is who? Don't always look at the cost of the part think about were the part is likely have come from and who is selling it. I'm not saying not to gamble, just do so with the small stuff first with a given vendor so you can feel them out before buying anything large and expensive.

IFIXT has been around a long time so that should count for something. They also strip new systems down for parts so you will often find the description tells you if the part is new or not. They have done a good job qualifying the parts and if you encounter a problem they do take the part back and are willing to refund you or get you a replacement.

Just to be clear I have no affiliation or financial relationship with them other than being a volunteer answering questions in this forum.

I purchased a replacement camera for my iPhone 6 Plus and it was GUARANTEED to be genuine! When I received it, there was NO Apple Logo & No Serial Number on the camera's ribbon. Instead, whatever was printed on the ribbon was colored over with a magic marker!

But I went ahead and tried to install it since my original camera did not work at all. When I turned on the iPhone, there was no logo, just a scrambled screen. So I disconnected the battery and reinstalled my old camera. Now I have permanent vertical bars across my display because this cheap camera ruined my display! So I contacted customer support, told them everything and even mentioned that this had no logo, etc. and mentioned: Not only that, this camera looks NOTHING LIKE THE DEPICTION OF IT! here: iPhone 6 Plus Rear Camera

I send it back after getting the return authorization number and a week later I get an email from them with this in it:

"Unfortunately, your return has been denied, per our return policy, as the part that was sent back was not an iFixit part. The part you sent back has sharpie and scratch marks over the Apple logo, while ours have a QR sticker, and a manufacturing stamp."

I was like, WTF?!? Not only am I baffled at all of this, but those pictures for the link above have mysteriously disappeared as of the time of this review!!

I would use EXTREME CAUTION before spending any money on this site...

the broken apple phone's screens replaced from gafar market, india, are they genuine or do they cause any harm to our phones ?

You will need to ask someone in India who you have faith as knowing that market. Sadly, most of us are in the states and have no clue on what is going on at this market place.