The problem started when I dropped my phone in some water. After a few days in rice my phone still worked but the headphone jack was acting up, home button would randomly push itself, and the back camera was broken.

So I ordered a home button replacement kit and the lightning connector replacement kit. The phone worked great for the first few hours until it died. Now it seems like the phone wont recognize my charger.

Is there any cables/components I may have damaged? I've ordered a replacement battery already since mine was dying anyway. I can post some pictures up later if I can find a camera to use (only camera was on my phone) 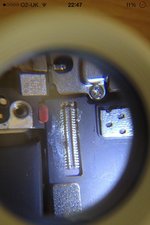 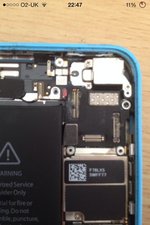 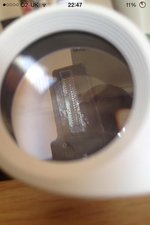 I would try the battery mate see if the phone starts up and then u can check the charger.

Rice is not the way to go can damage your phone intirely when water drys on electronics it corrodes .. Check out the picture I took of a 5c that had water damage and owner thought rice would fix it.. After a day and phone still wouldn't go he gave it to me but by then the damage was done . The phone does not pick up display but you can hear it ring through if you call it..

Touch and lcd pin are completely burned out only way to fix would be soldering and even then it might no work. Only way to cure water damage is to turn device off straight away and open up and wash motherboard

Now it's an expensive paper weight

Water damage is the most tricky and frustrating repair. I have fixed iPhones with water damage and they have lasted well over a year. I have also fixed some that lasted no longer than a week. It's hit or miss when it comes to water damage.

Well the charging port was working before I replaced the bottom unit so Im thinking this one can be fixed. But yeah water damage is a pain to work with